How To Add Silent/Mute Like Functionality To iPod touch

When developers are in the process of coming up with ideas for tweaks to create for jailbroken users to take advantage of, it is generally accepted that they are either created for use on the iPhone, the iPad or both the devices. Apple’s iPod touch is generally classed as an iPhone without the phone part, meaning what works for the iPhone will also be compatible with the iPod touch.

On the odd occasion, it is worth taking a step back to remember that the iPhone and iPod touch are two entirely separate devices, and although they do generally function in the same manner, they have certain design and feature differences which makes them stand out from each other. Thankfully, some developers take this into account and produce packages that are tailored specifically towards those music lovers who only need an iPod touch instead of the iPhone. 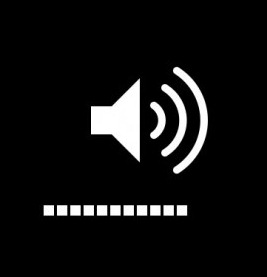 The TapVolumeToMute package is one such example that works on the iPhone and iPad, but is created with the iPod touch in mind. For one reason or another, Apple saw it in their wisdom to leave the mute switch out of the iPod touch’s design, meaning if you want to mute the device, users need to constantly press the volume down button until it is silent. Not exactly the end of the world, but not exactly a seamless and user-friendly experience either.

When installed, TapVolumeToMute adds silent/mute switch like functionality to the iPod touch (or iPhone) in an entirely different and more user-friendly manner, taking only one button press and one on-screen tap to achieve. This package has no additional home screen icons and comes with no configurable user options at all, making it a simple tweak to use out of the box. Tapping the Volume Up or Volume Down button on the device will invoke the volume HUD, and tapping that heads-up-display will then put the device into silent mode and tapping it again will unmute it.

The TapVolumeToMute package is available as a free of charge download from the BigBoss repository with no specific iOS version requirements being given.