Although companies like Apple and Microsoft are continuously tweaking existing versions of their operating systems and building next-generation software to power PCs and Macs, it would all be pretty much useless without a connection to the internet. You would actually be extremely surprised at how much of your day-to-day computing activity actually relies on being connected to the world wide web, meaning there is nothing more infuriating than a poor or dropped wireless connection.

As part of OS X, Apple has included an extremely easy route to get a Mac machine up and running on any Wi-Fi network. The simple Wi-Fi indicator bars located in the Finder bar at the top of the display act as a simple wizard-type interface that displays all visible networks and allows a security key to be easily entered to request permission to connect. Additional options can be configured from within the same interface such as turning Wi-Fi on or off, as well as creating a network using custom settings. 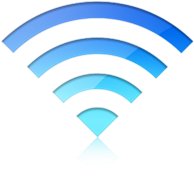 Depending on what network you are connected to and how far away you are from the source can greatly influence the level of wireless signals received on your Mac, but the indicators only really display the received signal through a four bar visual indicator. Thankfully, for those who are running OS X 10.7 (Lion) and later, a hidden utility is available that can display additional information about the connected network. There are a few ways that users can gain access to this diagnostic tool, but the quickest is to simply hold the Option button down and click on the Wi-Fi indicator icon in the Finder bar before selecting Open Wi-Fi Diagnostics from the bottom of the resulting menu. 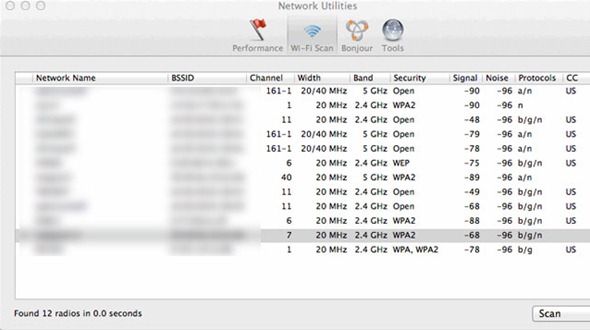 When the tool is invoked, the on-screen interface provides various different options. To get quick access to the network performance visuals, you can simply press Command+N to quickly open up the performance page. The tool provide relatively simple, visual information that can help you determine whether or not things might need to be changed on your router to get a better signal.

Update: Starting from OS X Mountain Lion, then in Mavericks and now in Yosemite, this utility is now called Wireless Diagnostics, and has been given a big overhaul. To find more info on how the latest version actually works in OS X Yosemite, check out: How-to Use Wi-Fi Channel Scanner On Mac To Find Best Channel And Boost Wi-Fi Speed.