Netflix’s House of Cards season 5 has just been teased on video, along with release date of the show being made official. Here are the details.

If you take a step back and actually think about it, then there can be no better time to announce the new season of an exciting, extremely popular political thriller than on the day the 45th President of the United States is being elected. Given the nature of the show, it’s like this moment was made for that announcement, and Netflix has grabbed it with both hands by announcing the fifth season of House of Cards, which will return to screens of subscribers this coming May 30th. 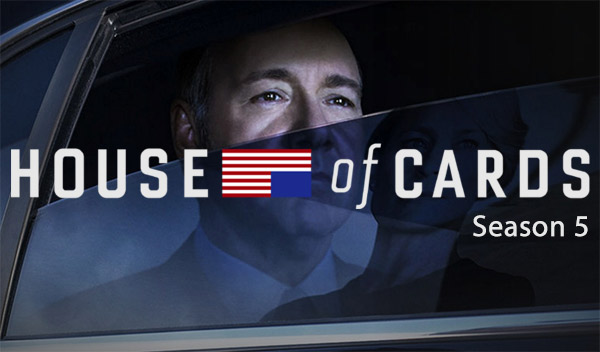 The official House of Cards Twitter account announced the new season with the text “We make the terror”, and an accompanying video which features a group of children reciting the Pledge of Allegiance with an upside down American flag coming into view as the camera moves away from the shot.

In case you didn’t know, an upside down American flag is the country’s official sign of distress, which likely means that we have a fairly traumatic and turbulent season 5 of House of Cards to look forward to. If you’re into that sort of thing.

Regular viewers of the last four seasons of House of Cards will know that the new season will pick up with the story of Frank Underwood and his wife Claire running together during the next election. Given the fact that we’ve just witnessed and experienced one of the most traumatic Presidential elections of modern times, which has resulted in Donald J. Trump becoming the 45th President of the United States, it will be extremely interesting to see how the writers of the show handle that situation, and whether or not they make or references to it, subtle or otherwise.

House of Cards fans will literally be chomping at the bit for their favorite series to return to their television sets. Not only are there a number of months to wait until the show actually returns for its fifth season, but it’s actually already behind the normal release schedule. Viewers were given the first three seasons of the show in February, with season 4 making it onto TV screens at the end of March last year, meaning we’re feeling a little more than teased with having to wait until May 30th to get our political fix.

Still, with the new President of the United States now in office, we’re very likely to have some political drama in the real world to tide us over.

We make the terror. pic.twitter.com/VpChwGOSMj