Here’s a hidden iOS tip that will show you how to to reveal the secondary text Edit Menu on your iPhone or iPad the easy way.

Apple’s iOS is arguably the best mobile operating system when it comes to polish. That’s a word that is often overused in software circles, but in this case, it describes how interactions within the system and its first-party apps are so well thought out that they just seem to make sense, with everything being where it should be and not hidden below taps that shouldn’t need to be used. 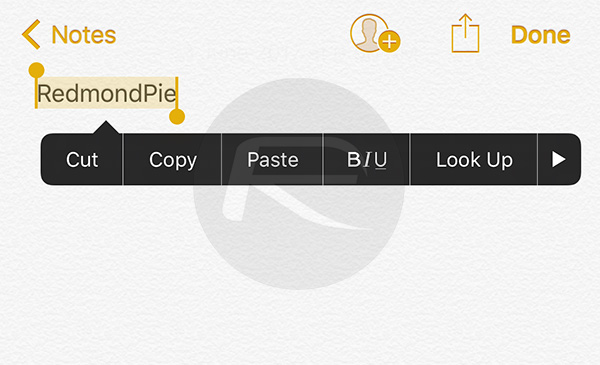 Obviously, Apple doesn’t get this right all the time though, and one example of that is the small triangle that hides additional options when text is selected. We are, of course, talking about the Edit Menu that appears when you tap and hold on some text. Normally, this will have options for copying the text and such, but hidden behind a little triangle icon on the edge of the visible options is a range of new ones that are not deemed important enough to be on the first menu.

Knowing they are there is only half of the battle though, because actually tapping that triangle is not always the easiest thing in the world to do. We know we have struggled with it plenty of times in the past.

Thankfully, there is a tip that will make this annoyance a little less, well, annoying. What you may not have already been aware of is the fact that a swipe across the visible Edit Menu options will actually see them replaced with whatever was previously hiding behind that infernal triangle. 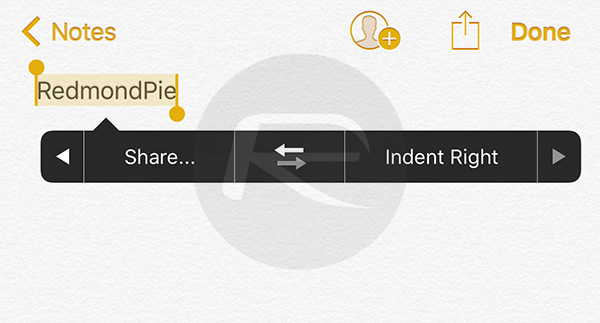 Secondary options to the right of the original text selection menu

There is, in fact, no need to actually attempt to tap that triangle at all, which is great news because, like we just said, it’s so small that unless you have the nimble fingers of a sub-30 year-old, then you might well struggle to tap.