Flappy Bird may have been shot down by its own developer a couple of weekends ago, but its legacy continues to live on. As well as the tens of millions of casual gamers that managed to get in before the proverbial lock, the game has continued to spawn various clones, mock-ups, and rather entertaining video clips. If you’ve been frustrated by the title, and intrigued to know what happens when level 999 is reached, then you’ll be pleased to learn that it has been achieved, and you can watch the grand finale after the break!

When you first cast eyes on the video clip, which is embedded below for your viewing pleasure, the immediately captivating aspect is just how skilled a Flappy Birder this player appears to be. Sliding through dozens of pipes as if they weren’t even there, he swiftly bumps his score from the early 900s to nearer the thousand mark. 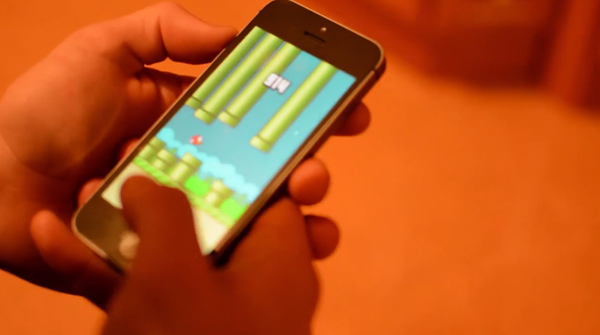 However, on approach to the end, what should begin to pop out from those pipes but the scissor-handed killer plants from the old Super Mario games? Flappy Bird’s visual effects have been compared to the iconic Nintendo series on several occasions, and with Mario himself at level 999 playing up to the role of Final Boss, this neat little clip really does pull at the nostalgic heart-strings.

Unfortunately, rather than showing us the way the game actually pans out, this is nothing more than a clever piece of manipulation from the guys over at pipocaVFX, and although such an ending would certainly have me picking up my handset and having another go at trying to conquer Flappy Bird, it is, sadly, just the product of some stellar video editing.

This clip only serves as a reminder of how much we miss the Mario games, and further, how we would love for Nintendo to swallow its pride and port some of the many NES / SNES (and beyond) titles to the modern-day devices. The company retains faith in its own products like the DS, so don’t be expecting the likes of Mario or Zelda to manifest over at the App Store soon, but if you want just a teaser of how Mario might look on an iOS device, be sure to check out the clip below.