Those who visit the site often – and you do visit us often, don’t you? – will no doubt remember that we told you a couple of days ago how Apple was initiating an iPhone 5 recall of sorts. The reason for the recall was an apparently small batch of iPhone 5 handsets that have defective sleep/wake buttons, making putting a device to sleep, or even turning it on from a powered-down state, troublesome.

While Apple had already said had already said that it would replace the defective component free of charge, reports are now beginning to surface that the iPhone maker will go one step further, if requested, by offering owners of defective handsets a trade-in bonus. Those wishing to upgrade to a new iPhone will receive a trade-in iPhone will receive a trade-in value of $350 for their existing device, so long as the only fault with it is that its sleep/wake button is duff. That’s more than an iPhone 5 would normally fetch as part of Apple’s usual trade-in policy, by the way.

According to internal documents furnished to Apple employees this weekend, US customers who make a Genius Bar appointment for the known sleep/wake issue can opt to trade-in their device and may receive up to $350 (or $370 in Canada) in credit, which is $80 over the current maximum for non-affected devices. 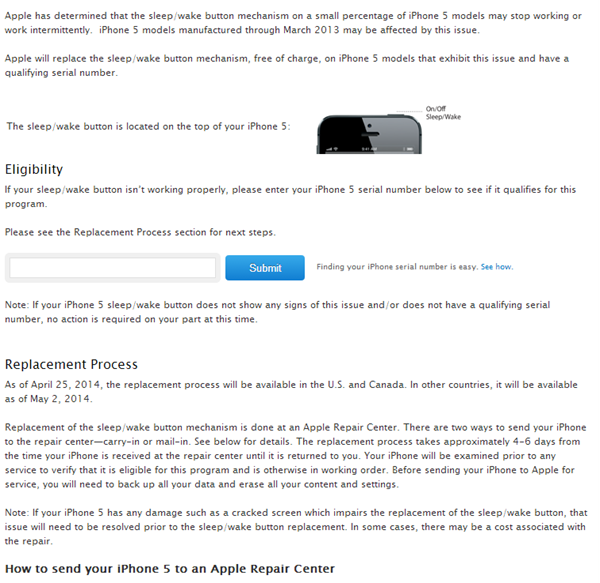 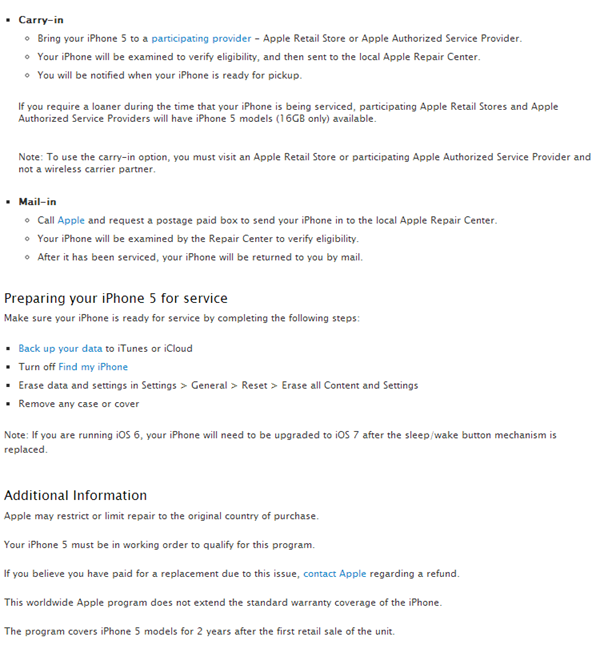 More on it at official Apple site here.

Of course, now probably isn’t the best time to be upgrading your iPhone, with a new, redesigned iPhone 6 expected to be available within a few short months. That shiny iPhone 5s may look lovely in gold, but we suspect the iPhone 6 will look even nicer!

As we mentioned the other day, if you decide to have your iPhone repaired rather than take advantage of the trade-in then you face being without a phone for 4-6 days, that is unless Apple can sort you out a loaner. Still, it’s better than having a defective handset when it comes to selling it on to pay for that iPhone 6, we’re sure you’ll agree.