Guy Uses Google Glass To Propose To His Girlfriend [VIDEO]

The buzz surrounding Google Glass is very strong right now, and although Apple’s CEO Tim Cook does not seem to think the wearable tech will have market appeal, the general consensus seems to be one of real excitement and anticipation. Over the course of the last year since the showcasing of Glass back at 2012’s I/O, we’ve seen some of the various ways the techie specs can be used, and now, for the very first time, one guy has used his pair of Glass to propose to his girlfriend.

In this Digital Age through which we live our lives, a tech-based proposal is not all that rare, but while a recorded video or the unveiling of a sparkly ring over Skype has been seen and done many a time, this is the first occasion Google Glass has been used. 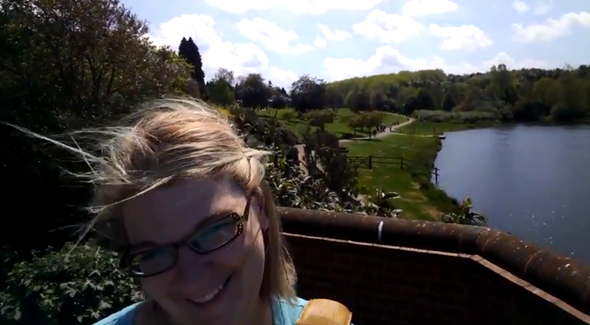 If, contrary to the utterances of Apple’s head honcho at last week’s D11, Glass does indeed become the next big thing, one would suspect the popping of the proverbial ‘question’ through Glass might become commonplace, but Breon Nagy’s proposal to his girlfriend at Leeds Castle in Kent, England, will always be remembered as the first.

To be fair, I found the video both cute and slightly nauseating at the same time, but it’s certainly nice that Nagy and the soon to be Mrs. Nagy can both always look back upon their special moment and relive the point where their journey essentially began.

Of course, having seen the very first proposal via Glass, it raises a couple of fairly obvious questions. Like, for example, would you use Glass to record such a moment? If somebody proposed to you while wearing Glass and recording you, what would your reaction be like – would it affect your decision?

Personally, I couldn’t see myself doing this, but then again, if Glass really does change the way we view our digital spectrum as the hype machine appears to be indicating, this kind of thing could very easily become the norm before too long.

Check out the clip below courtesy of YouTube, and be sure to leave your thoughts and comments via the comments section, G+ or Facebook. We would really love to hear your thoughts on this.