Google has just released an update to its coveted iOS search app, with improved iPad UI as well as full-screen mode for the iPhone. 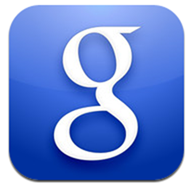 Google and Web search are synonymous terms, and although we suspect Apple would rather keep influences from the Big G as minimal as possible, there’s no denying – no matter what you may thing of Android, Gmail, and the like – no company provides a better search infrastructure than Google’s.

Eric Schmidt’s company has been working tirelessly throughout the year to update its mobile apps, and having tested the latest run of updates out on both an iPad 2 and iPhone 4, we thankfully have no major bugs or issues to report. 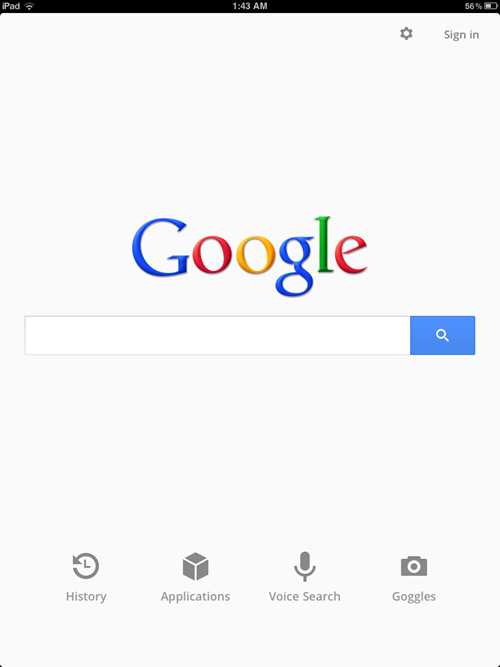 The interface improvements for the iPad bear remnants to the design patterns seen across the board with Google’s web-based services. On the main search page, you’ll now find four prominent grey icon shortcuts to History, Applications, Voice Search, and Goggles. Additionally, you can now browse through pages simultaneously with the side-by-side implementation – really taking advantage of the device’s 9.5 x 7.3 inch screen.

When using any web-based app on a tablet in particular, full-screen browsing is a key element to the overall experience. With this in mind, Google Search for iPad’s full-screen browsing mode has been slightly improved for image searches. To round up the key iPad improvements, History is now much easier to navigate, whilst Google Instant and Instant Previews (essential to many browsers – including this one) are now featured, saving those vital few seconds. 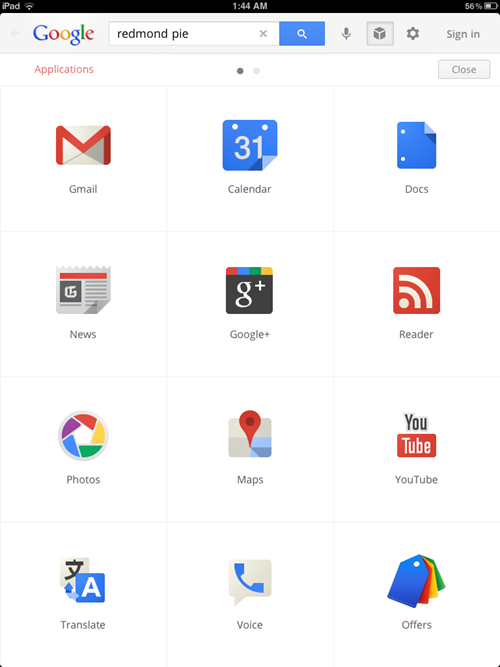 Aside from the aforementioned full-screen feature, the changelog for the iPhone version lists the clichéd bug fixes, but then again, we shouldn’t overlook them too hastily; after all, improvements are improvements!

As usual, it’s free, and you can grab it through this link, or of course via the App Store icon on your iPhone or iPad device.

With Apple purported to be working on its own Maps iteration (in its ongoing quest to keep everything in-house), Google will need to keep the updates and improvements coming in thick and fast to cement its place amongst Apple’s loyal army of devotees.