Google Maps is one of those services offered by one of the world’s largest companies that we all take for granted. It’s been there for as long as we can remember and is always available. It has almost become a staple in our lives being so easily accessible via desktop and mobile devices through web access and Google’s own apps. Now in an effort to make Street View stand out from its parent app – Google Maps, the Mountain View based giant has released the feature as a standalone app. The app has been titled Street View on Google Maps for Google Play, with Google Street View being the title of choice for the App Store.

Google Street View has always been accessible via mobile devices such as the iPad or iPhone, Android devices, and also via the mobile Web. With that said, like a lot of services that require complex interaction, the user experience was less-than-satisfactory given that the feature had to be accessed and interacted with through the Google Maps app. The native Google Street View app attempts to resolve that issue by bundling it all together into a native app shell that has been designed and developed with a small, multi-touch display in mind. For the first time ever users are able to tour immersive 360-degree imagery, and even contribute their own content that is pushed directly to Google Maps. 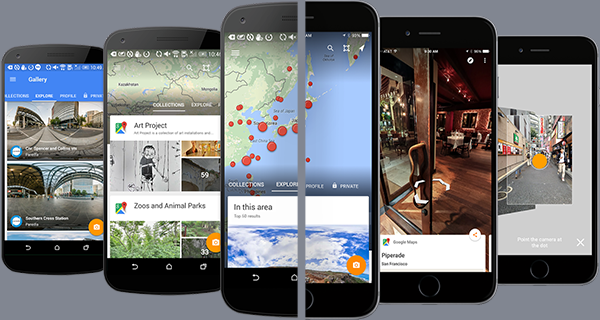 Everything that you would expect to be in a Street View app is present and correct. Those downloading and interacting with Google’s new offering are able to explore the world via the small screen using familiar gestures, as well as discover new places and natural wonders. The app also provides the ability for users to step directly into stunning locations that have been mapped out using Google’s Street View tech, such as famous museums, large notable arenas, and a plethora of restaurants dotted around the world. It really does provide an immediate “through the keyhole” glance into certain parts of the world. 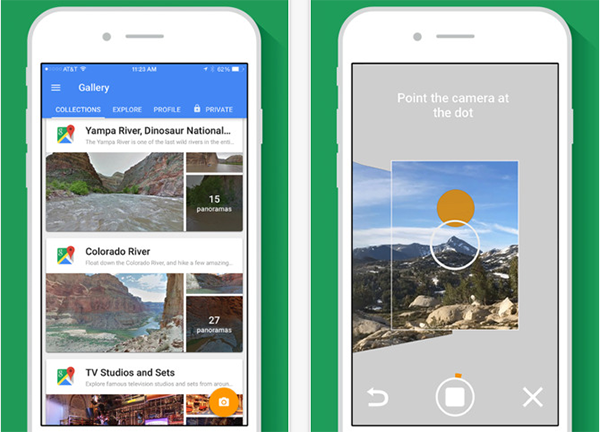 That functionality is impressive enough, but the killer-feature award definitely goes to the app’s ability to allow users to create photo spheres using the device’s camera or a third-party one-shot spherical camera. Creating 360-degree panoramas of individual landscapes or places of interest is extremely easy from within both the iOS and Android apps, and can then be published directly to Google Maps for sharing with the world. 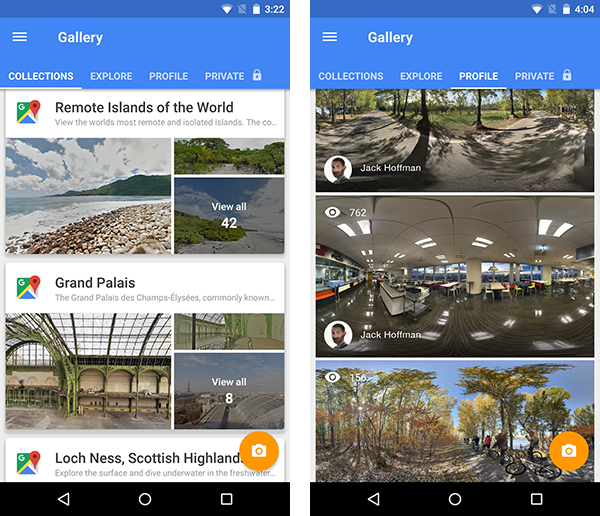