Apple’s iOS Newsstand app has been around since iOS 5, and ever since, there has been much rumor and speculation pertaining Google’s alternative effort. During the past couple of weeks, reports have increased considerably, with a general feeling that a release would be imminent. Today, the time has come for the app to make its official debut over at the Play Store, and naturally, it also signals the demise of the now obsolete Play Magazines and Currents apps. Details, as ever, can be found after the break.

Google has been making moves over the past couple of years to tie similar services into unified apps, and now, Newsstand allows Android users to check out the latest news publications, find magazines on a myriad of topics, check online feeds and so on. 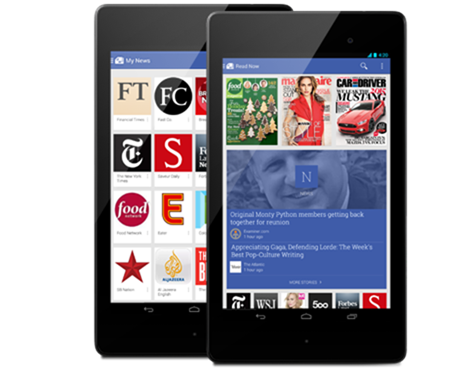 With a generally simple, clean interface, it’s easy enough to use, and if you’re an avid follower of news and current affairs, it’s one download you’ll want to be making. All of the currently available publications within the Play Store, including the likes of The Wall Street Journal and The New York Times, can be accessed in a convenient manner, and with bookmarking also available for reading at a later date, you can really streamline your content to suit you.

Unfortunately, it appears that the bookmarking feature doesn’t also apply to segments of magazines, but hopefully, in time, this feature will be made available. 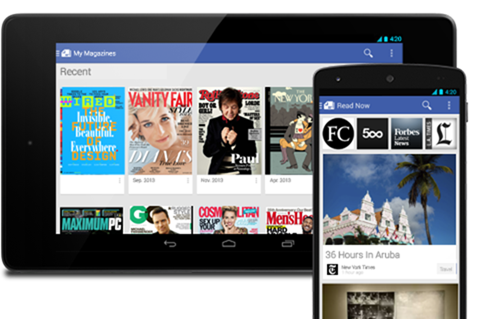 If you have the Play Magazines app installed, you can get Newsstand right now by simply updating, and if you don’t simply fire up the Play Store app, search for Newsstand, and voila, or just hit the download link below. Same applies for the Currents app.

Sure this app is by no means the most exciting export from the search giant in recent times, but it is long overdue, and although this only the first draft of Magazines’ new life as Newsstand, it’s a pretty solid starting point. Also, the official Newsstand app will be making its way to iOS very soon. It makes us wonder if Apple will even approve the app considering the title of the app itself.

If you’ve used Flipboard before, you will notice elements of the popular magazine app in this, but while there’ll be the usual debate on companies copying each other, the fact that Google has based the app upon well-made, pre-existing services is definitely good for users.

(Download: Google Play Newsstand for Android on the Play Store)