Google Music Desktop Player For Windows Has Metro Written All Over It, Has A Bunch Of Useful Features

While Google Music is gathering some steam in the United States, it remains a myth to the rest of the world. Following the usual trend of beta testing Stateside before worldwide implementation, it remains to be seen whether – in a field dominated by fierce rival Apple with its iTunes service – the Big G can make a significant impact.

The early signs look promising. With plenty of apps for the mobile devices to go with, there’s been no shortage of promotional deals in place to help prize consumers away from the more established digital music retailers. Just a while back, a Tax Day promotion saw numerous popular albums retail for a miserly $2.99, and despite the fact that most of them were older collections, there’s no doubt a few converts would have been made.

It’s currently invite-only, although like the pre-launch of Gmail several years ago, invitations are none too difficult to obtain. For those who have access, though there haven’t been too many desktop apps/media players available featuring heavy integration with the service – at least, none that we knew of.

Weighing in as something of an undiscovered gem, Google Music Desktop Player includes Multimedia keys support, Windows taskbar integration, LastFM scrobbling and MiniPlayer, among a host of other intriguing features. 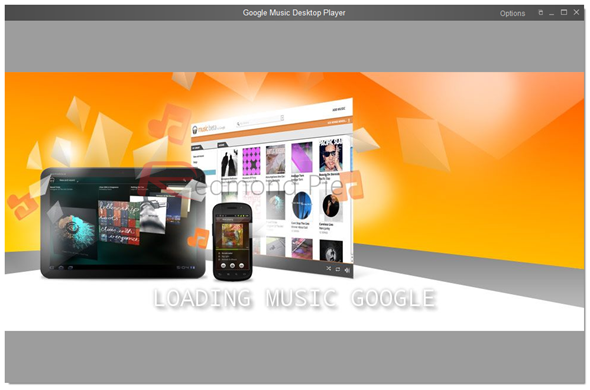 It frees up that precious RAM once a song has finished playing, and, perhaps even more interestingly in light of today’s revelations about the Windows 8 release date, it is stylized in that Metro design, and includes Aero Snap support. The developer has recently updated the app, updating the WebKit engine in which the app is based, as well as fixing the lingering bugs and issues. 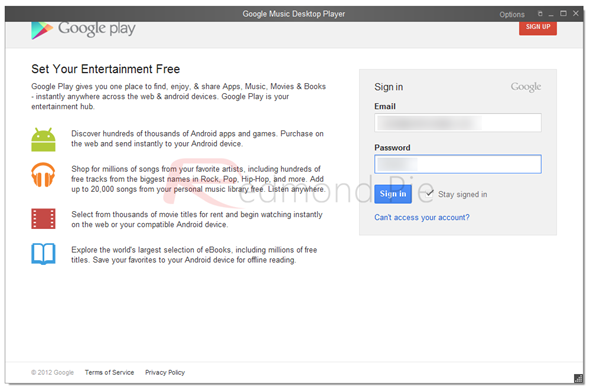 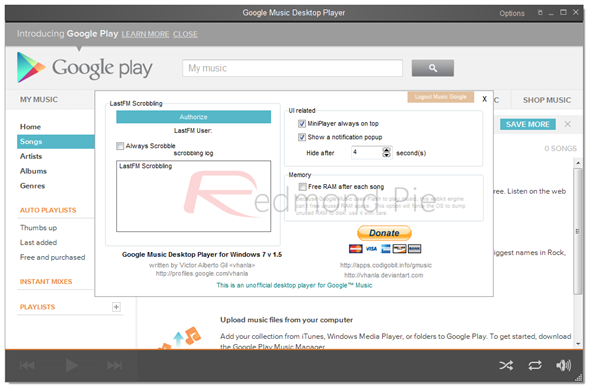 Sounds all good, right? Well, without meaning to spoil the party, it does require Flash. There’s actually nothing wrong with running it, but it’s dated technology, is slow, and once HTML-5 really gets a stronghold on the web, we’ll hopefully be shot of it for good. In the meantime, however, if you enjoy the look of this feature-rich app, you’ll unfortunately just have to learn to live with it.

If you want to give Google Music Desktop Player a try, then simply click on this link to download the .zip file, extract to a folder of your choosing, and run the subsequent executable.