Google’s Project Glass has certainly wowed the technology world over the past year or so, and with gadgetry often crossing over into the world of fashion, it shouldn’t be of too much surprise to see the Big G’s intriguing, futuristic invention make an appearance on the catwalk this week.

In case you didn’t know, this week is New York Fashion week – one of the most important dates on the fashionista’s calendar – and along with the usual dose of weird and wonderful clothing, a couple of the models briefly donned the quirky spectacles. 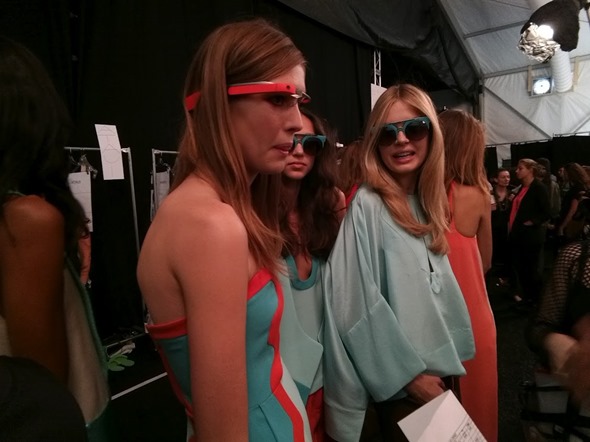 We’ve reported on Google Glass several times over the last twelve months, and have been pretty impressed by its progress. When the web company initially introduced the project, most saw it as little more than a pipe-dream – an idea dreamed up by somebody who’d watched a little too much sci-fi.

However, we’ve seen regular snippets of what Google Project Glass can do, and what it could eventually be capable of, and if you’re a big fan of all things geeky, then you’ll likely find the idea of a wearable camera to be of extreme interest. As well as being able to take a decent still, Google Glass can already record in 720p, as we saw from a clip leaked by Google a couple of months back. Eventually, it may move even beyond that – taking the role of the smartphone in many respects – and even though we perhaps cannot envisage ditching our iPhone or Galaxy S III for a pair of specs will.i.am would be proud of, tech has thrown up some bigger surprises in the past. 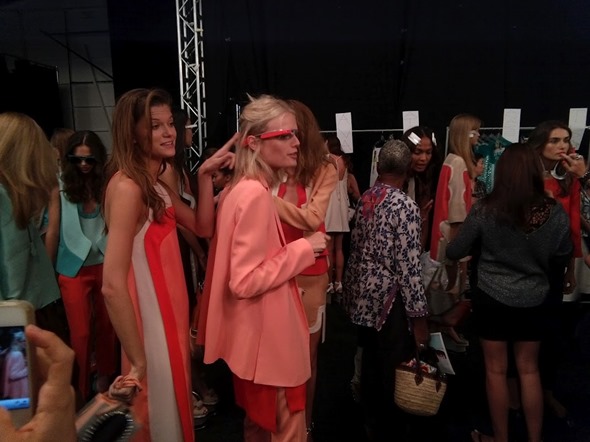 Diane von Furstenberg was the fashion designer who decided to add the Google frames to her show, as part of a documentary outlining fashion’s creative process. Von Furstenberg is certainly no stranger to incorporating tech into her catwalk presentations, and with the high-end prices touted for Google Glass when it eventually begins retailing, the New York Fashion circle would seem the perfect place to begin an advertising campaign – even this early on.

It will be another two years (at least) before you’ll be able to get your hands on a pair, although the potential progress between now and then should certainly make for an exciting prospect.