Google has been incredibly busy this week in terms app updates. Along with the major bump to Maps, which had added OpenTable and Uber Integration, the Mountain View company has just rolled out a tidy update to the Drive app for iPhone and iPad. Details, as ever, can be seen below.

The battle of the cloud storage services is well documented. Google, Microsoft and Apple have all recently joined the party, but whereas the bigger names in tech are generally accustomed to having things run in their favor, pre-existing services like Dropbox have the upper hand in this particular field. 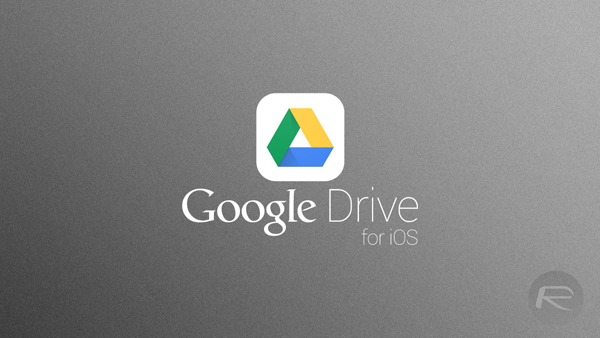 In fact, despite the overbearing presence of the aforementioned, Dropbox is still the big cheese as it were, and with the company having recently added Touch ID Support, Google has followed suit in today’s update. 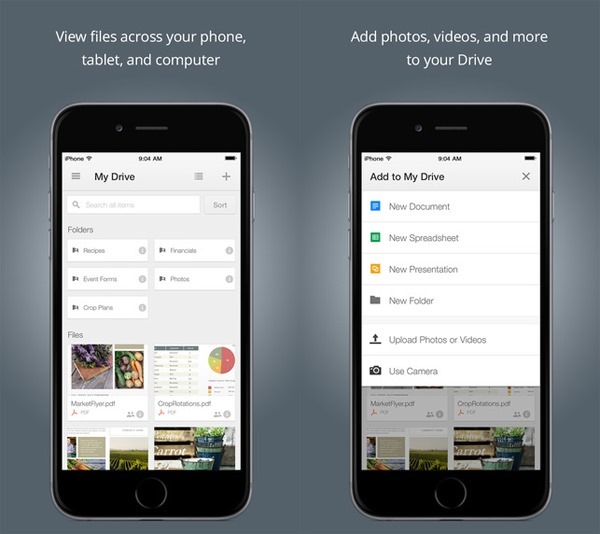 Apple’s native fingerprint sensor has been knocking around since the iPhone 5s last year, but as with any new implementation, it arrived with its fair share of limitations. Primarily, it could only be used to unlock the iPhone or bypass the tiresome passcode routine.

With iOS 8, though, things have been relaxed, and Touch ID is available to third parties. Many have duly obliged, and now Google Drive supports unlocking with a simple tap of the Home button on compliant gadgets.

As well as the iPhone 6 and 6 Plus, the new iPads also include Touch ID, and if you are planning on grabbing Google Drive for iOS, you should also expect to see a feature enabling you to save files to Google’s cloud hub through iOS 8 extensions.

Like Touch ID support, extensions offer developers a new dimension as far as enhancing the iOS experience, and like all of Google’s other updates these past few days, this release is one not to be missed. 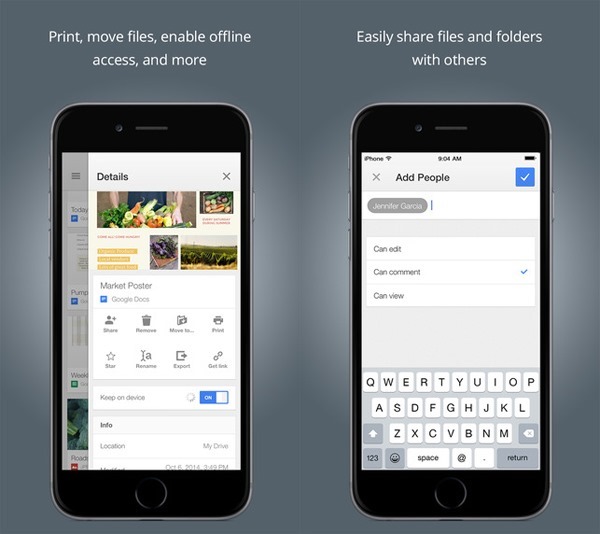 As a Drive user, I’m stoked to see Google adding these integral features to the fold, and with the expected dose of bug fixes and performance tweaks, there should be a noticeable improvement in general usability.

So, if you’re heavily invested in Google’s broad range of services and as such, trust the Android maker with your precious files, then check out the direct download link and leave your comments below.

(Download: Google Drive for iOS on the App Store)