Bradley Horowitz, Google’s Vice President for product Management has just announced a new social communication tool by Google called Google Buzz. It is Google’s take on “status updates”, like popular social networking sites like Twitter and Facebook which integrates right into Gmail. The key features of Buzz are as follows. 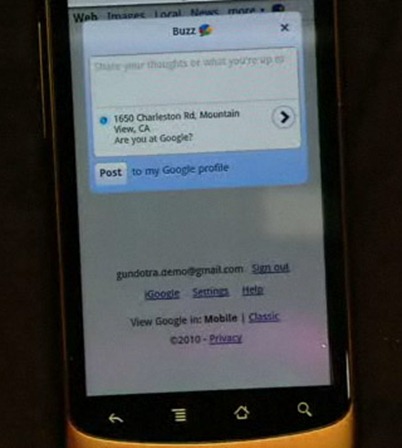 – Seamless integration with your Gmail Inbox.

– “Recommended” feature which shows buzzes from people you know.

– Voice Recognition and Geotagging of Buzz

Here is a short video which explains what exactly does Google Buzz do for you!

Buzz will be available across mobile, web and via a native app for different mobile platforms. This feature will go live in an hour from now at (https://www.google.com/buzz). Stay tuned as we will provide you more details as they follow.