After weeks of leaks, Google today took to stage in New York to share information about what was already leaked into oblivion, but you’ve got to give the company props for turning up at least.

During the “Made by Google” event we were treated to a raft of new hardware devices, all building on existing categories and devices while adding Google’s usual flair for machine learning and algorithmic software improvements. There’s a fair bit to get through here, so let’s get started. 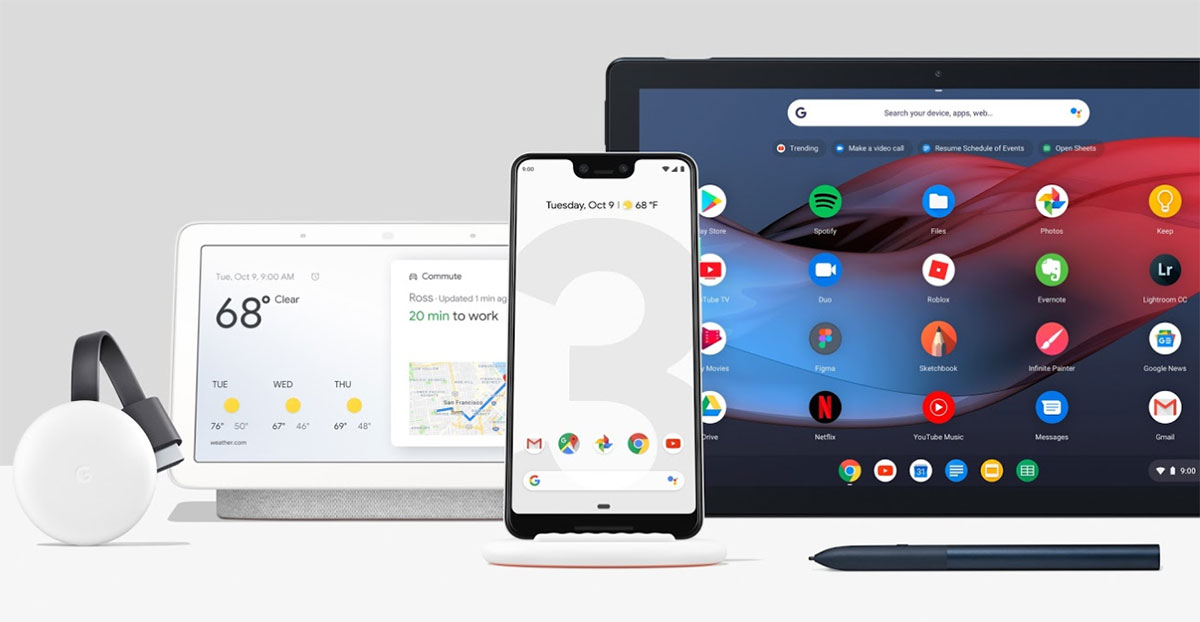 Both of these devices were leaked and then leaked some more recently, and they’re both now official. The 5.5-inch Pixel 3 and 6.3-inch Pixel 3 XL are both what we expected, with the Pixel 3XL having the huge notch that we’ve seen in the aforementioned leaks. There’s also a sizeable chin to be had, which is interesting considering Google’s claims of an edge-to-edge display. 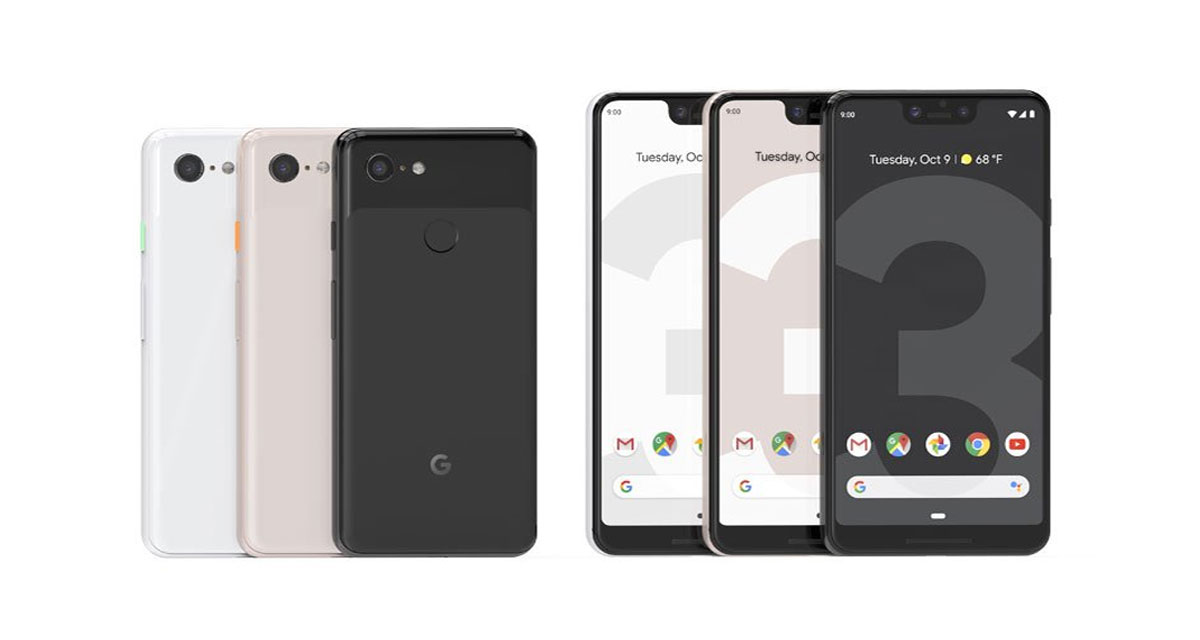 Regardless, the phone does still look pretty good to us. The biggest thing of note is the camera system, with a new HDR+ mode as well as Top Shot, a feature that will automatically capture multiple shots with HDR+ enabled and then pick the best one. Night Sight will also enable the Pixel 3 phones to take better images at night, with Google comparing the results to photos taken on an iPhone XS.

Editable Portrait mode images are also here, allowing the depth of field to be changed just like the iPhone XS. The second camera on the front of the Pixel 3 enables a new group selfie feature, with Google claiming that it captures 184% more of the scene than, you guessed it, the iPhone XS.

There have been improvements to the AI side of things, with Google Assistant now being able to receive your call if you’re unable to answer it, and converse in real time asking the caller to leave a message if they wish to. All of this happens live, and the phone also transcribes the conversation for you to read.

And, wait for it; we have wireless charging people! A new Qi-compatible Pixel Stand will also be available for $79.

Another smart speaker, but with a display built right in just like the Echo Show, the Home Hub has a 7-inch touchscreen although no camera is included. That’s apparently a decision Google took to allow people to trust the device enough to have it in bedrooms, although it obviously means there is no video calling option. 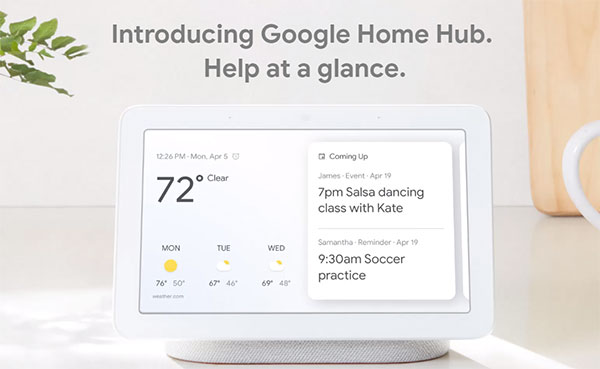 There’s a heavy focus on smart home integration too, with a HomeKit-like Home View section that will act as a place for things like smart lights and thermostats to hang out, having them all in one place to make it easier to interact with them. The Google Home Hub will cost $149 when it goes on sale on October 22nd.

Continuing its push for Chrome OS, Google’s new Pixel Slate is a tablet with a keyboard attachment that allows it to act like a notebook. Dual front-facing speakers should be good for watching movies, and the 12-hour battery life will be well received. The 12.3-inch display is apparently a Molecular Display, with a resolution working out at 293ppi. 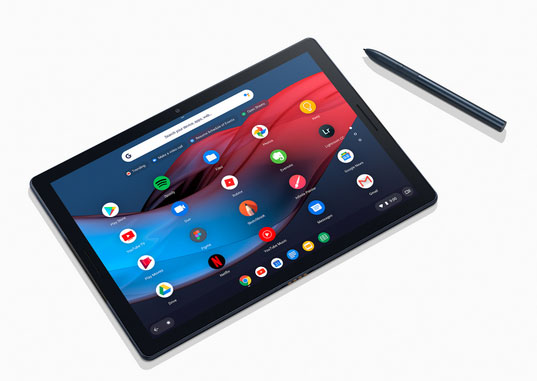 Chrome OS itself has been tweaked to work with the tablet, including new split screen modes as well as deeper integration with Google Assistant. A new nightlight feature will also reduce blue light during the evening. Starting at $599, the Pixel Slate will go on sale later this year with the Slate Keyboard costing $199. A new Pixelbook Pen will also be available, costing $99.

It’s been three years since Google gave the Chromecast some love, but a new third-generation model has been announced as part of the event. There’s a change in logo, but the important thing is that Google says the new version is 15% faster with added support for 60fps 1080p video. 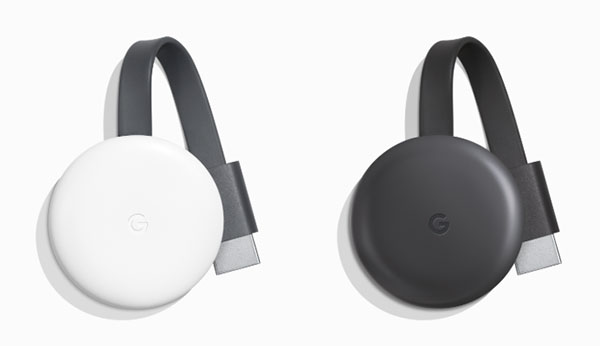 The Chromecast can now also be used like a Chromecast Audio, with synced music streaming via any other speaker connected via Google’s growing collection of smart devices. There’s still no 4K support, so the updated device remains $35.