The Nexus 7 tablet has been an almost permanent fixture in tech news of late, and with sales currently through the roof, Google has finally given its cheap-yet-powerful tablet its very first advertisement.

The advert features a man and his son camping in what would appear to be the wilderness, and shows off some of the many uses of owning the slate, such as looking up interesting information, watching videos and whatnot. As the ad presses on, one begins to wonder how a Wi-Fi-only tablet is being used out in the middle of a forest, only for the end of the sequence to reveal the father-son bonding session is actually taking place in a garden. 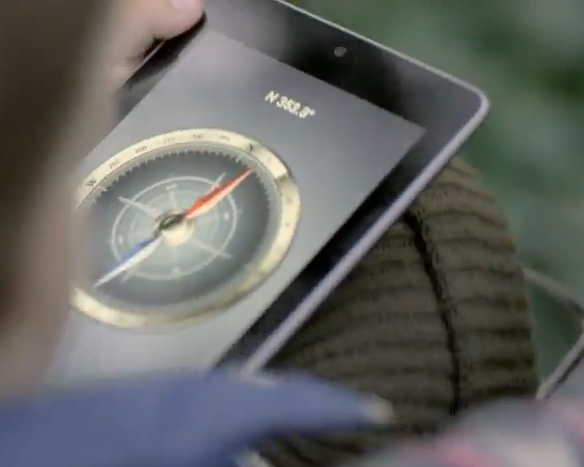 With a $199 starting price, the device was always going to sell well, but unlike other cheap tablets of the past, it actually boasts exceptional levels of performance. Powered by a quad-core Tegra 3, it’s also one of the first Android gadgets to see Jelly Bean (4.1), and runs incredibly smoothly, with the word "buttery" fast becoming cliché.

Although an iPad Mini is reported to be around the corner, with no parts leaks or real tangible evidence, it looks as though the tablet world finally has a potential iPad killer. As an iPad fan and user from day one, I have never considered purchasing an Android tablet, because they all seemed inferior to Apple’s iteration. However, from the moment the announcement of the Nexus 7 was made, I knew I was set to break a habit of a lifetime, and for that price, many consumers will also be willing to take the plunge.

Most places retailing the device have already shifted their units, and at present, it appears as though the 16GB model is the most sought-after. It’s not a massive amount of space, but with cloud services falling over each other to offer great deals on storage space, it’s none too difficult to expand.

Sales numbers appear high at this point in time, although the Nexus 7’s true impact on the market will only be measurable some time in the near future. Whatever the case, the unit will set alarm bells ringing in Cupertino, and after nearly two-and-a-half years, we finally have some competition in the tablet market.