The development team over at Google have today pushed the button on the 1.2.7812 update for their iOS Gmail application and with it comes a number of improvements, feature upgrades and user-interface changes that have been specifically requested by Gmail users. The official iOS Gmail client has come in for quite a bit of criticism since its launch due to the fact that some feel it is little more than a wrapper for the web service and does not offer a true native experience, something Google hopes the update will help with. 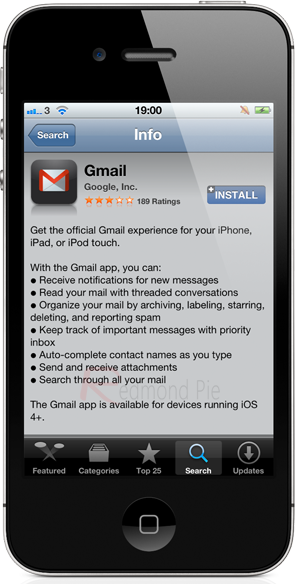 One of the major additions to this latest version of the Gmail app comes in the form of iOS 5 and above with Notification Center compatibility. Gmail users who are running the latest version of Apple’s mobile operating system will be able to use the notification settings to apply banner-type notifications, as well as being able to view incoming emails on the lock screen and also in Notification Center. The revamping of the notification system when iOS 5 was released changed the way iOS 5 handles incoming notifications, but it was a disappointment that the original release of the Gmail app for iOS didn’t have this support. 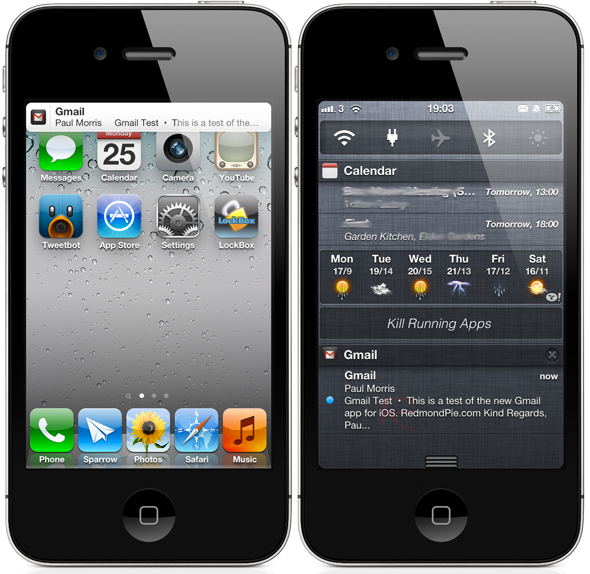 Two additional settings entries have also been slipped into this release, accessed through the familiar looking cog icon in the main app interface. Google have added the ability to overwrite Gmail signature settings and now allows users to decide whether or not they want to use their own mobile signature. If selected, the signature tagline can be manually specified and will show up at the bottom of all outgoing mails that are sent through the app. Additionally, a vacation responder setting has also been added, something that essentially provides an out-of-office service during specified dates and will generate an automated reply to incoming mails. 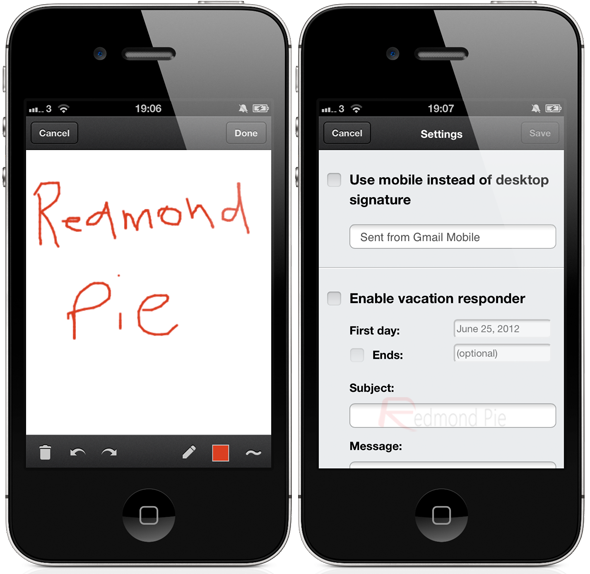 The compose email view has also been appended with a new little icon that represents the added ability to include a hand drawn scribble with all outgoing emails. Tapping the new icon invokes a view that is like a notepad, giving users the option of scribbling down some notes or images with different pen colors on offer, as well as three thickness settings and the choice between an erase, pen or spray can tool. The update will definitely keep a lot of iOS Gmail users happy, but the overall experience still feels a little clunky to me and won’t replace Sparrow for iOS or the official Mail app just yet.