iPhoneLS is a new screensaver for Windows that simulates the iOS lock screen just the way you’d expect: after this screensaver is running, you’ll see a “slide to unlock” screen which brings you back to your desktop once your slide it to the right. Sounds better than the annoying bubbles, or 3D text, am I right? 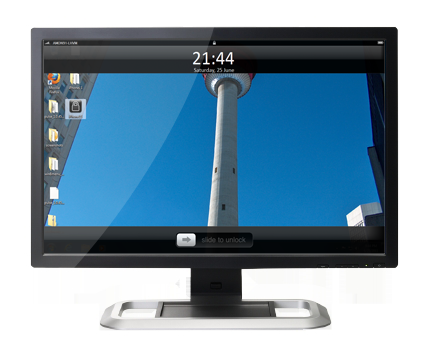 iPhoneLS requires .NET Framework 3.5 or higher, which is built into Windows 7. If you’re using any version of Windows prior to Windows 7, make sure you get .NET Framework 4.0 directly from Microsoft’s download website. Other than that requirement, this screensaver should be as easy to install as any other, like so:

Step 1: download iPhoneLS from here. It’s a developer-provided link, so you can rest assured it’s safe.

Step 2: extract the RAR file. In order to do that you’ll need a custom tool, such as 7-zip or IZArc. You should end up with 3 files: an executable, a screen saver file and a text file. Make sure you extract them onto a directory that won’t be deleted, at least the Screen Saver file. If that file is deleted or moved, the screensaver will stop working.

Step 3: Right-click the Screen Saver file and select “Install”, like so:

Again, make sure you do not move this file or remove it after this point. If so, this screensaver will automatically be uninstalled (and we don’t want that, do we?).

Step 4: You should immediately see your Windows screensavers settings dialog, with iPhoneLS selected. There are no additional settings to set up, just hit OK. 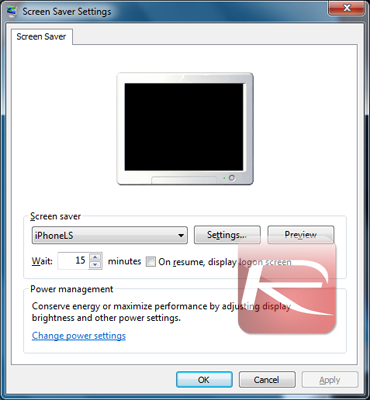 You’re done! From here on, whenever your computer enters an inactive state, you’ll have to drag your cursor along the “slide to unlock” slider in order to resume use. 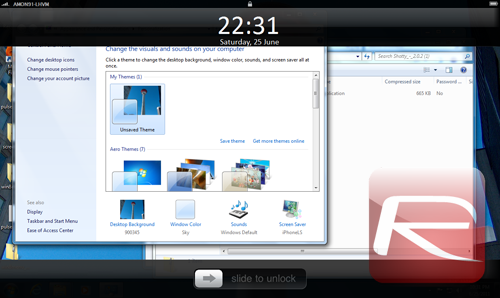 There are a few shortfalls to this screensaver, at least for now. First of all, there are no customization options available, which might be a letdown for a few enthusiasts who would like, for example, to set a background on their “lock screen”. That shouldn’t be hard to implement in a future version and make this screensaver more attractive to those who wouldn’t like their desktop to be visible, even when inactive.

This screensaver is also a little buggy. When iPhoneLS is set as active, it will show up whenever the screen savers dialog screen is launched. Hitting the settings button on that dialog will also make the lock screen pop up, twice.

That’s a small price to pay for a really cool concept. I’d love to see this implemented onto the login screen which would serve more of a purpose than a mere screensaver, although that might be hard to do. Overall, you’ll have a lot of fun with it!

(Kudos to Raphael Bucher for submitting this to us. Nice work!)