As well as offering an abundance of eternally useful tweaks which enhance functionality and general usability of an iOS device, the Cydia Store is also full of apps, tweaks and themes aimed at changing the way things look and behave. More often than not, these kinds of mods serve little purpose other than to make things appear a tidbit nicer, but since there’s nothing wrong with the odd aesthetic touch-up, many jailbreakers seek to explore these avenues. If you’re the kind of individual that likes to tinker about with themes and such, you may wish to try JellyLock, a highly customizable tweak which borrows much from the look of Android Jelly Bean’s exterior interface.

Of course, many die-hard Apple fans may see the implementation of Android traits to their iOS device as a form of contamination, and as such, form something of a cordon sanitaire whenever they see or hear of these crossover tweaks and effects. But even if you’re a bit of an Apple fanboy, there’s little doubt that Jelly Bean is a significant improvement on the previous iterations of Android, and as well as being a lot smoother and less laggy than its predecessors, it also looks pretty cool. 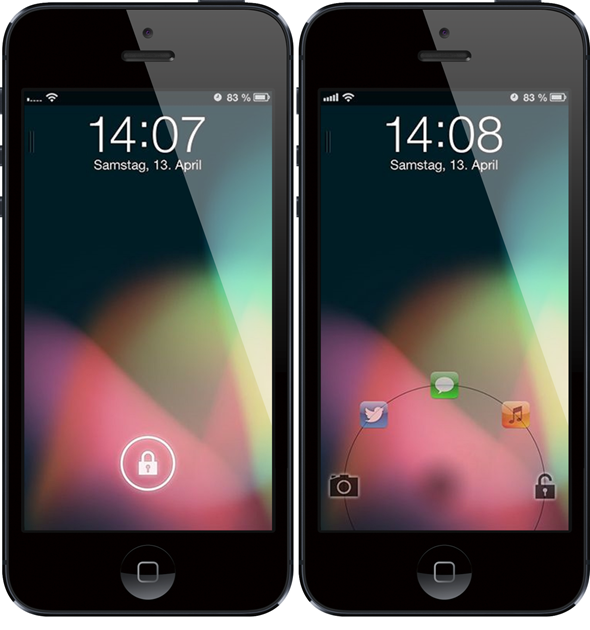 Thus, it stands to reason that some may wish to bring this Jelly Bean-esque lock screen to their iPhone, and while JellyLock is not unprecedented in its idea, it leaves very little to chance in terms of customization. You can achieve the Jelly Bean lock screen configuration by leaving the JellyLock to operate under its default settings, but in true Android style, you can also bring some of that oh-so heavily lauded customization to proceedings including changes to colors, opacity, and sizes of various elements; check out the video for a further insight:

You can also add shortcuts to some of your favored apps, and considering JellyLock is also free of charge, it’s definitely worth checking out. And hey, this needn’t just be a tweak for the closet Android fan either, since the added functionality of the shortcuts mean that, in actual fact, it essentially makes more practical sense to opt for JellyLock than to go with the stock configuration. 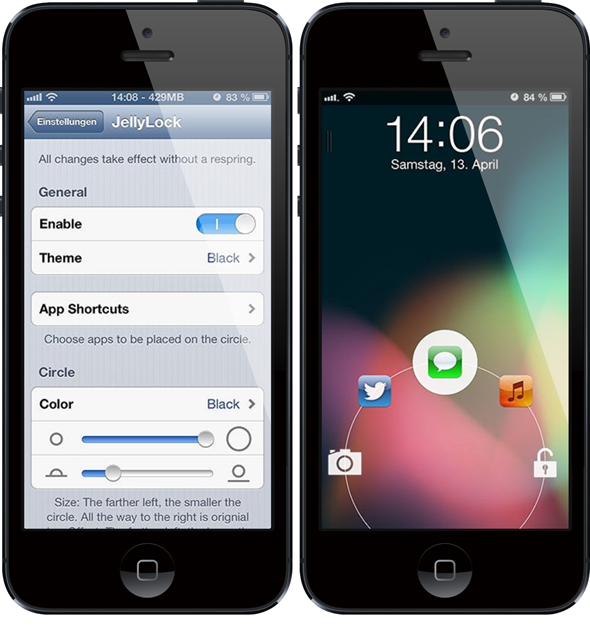 The tweak can be downloaded from cydia.myrepospace.com/maxkatzmann/ , which you will need to add to your source list within Cydia before you can get your hands on it.

Download it, give it a whirl, and be sure to offer your opinions by dropping a comment below!