Virtualization is a concept that has grown very rapidly in the last decade, especially amongst casual, home users. It makes sense, too, considering that the hardware available to the average user these days is capable of running multiple instances of an operating system with ease, even if you need a high-end machine for that. Also, the segregation of operating systems themselves has grown to a point where you do tend to want to try out the offerings of one, but don’t really want to switch your primary OS, where again virtualization comes to the rescue. The same concept has been trickling down to smartphones as well.

When we look at it from the perspective of evolution of computing, it only seems natural and logical; our daily drivers in technology are becoming smaller by the day (tablets, for instance, replacing traditional notebooks, especially the hybrids), and portable computing in the next “in” thing. 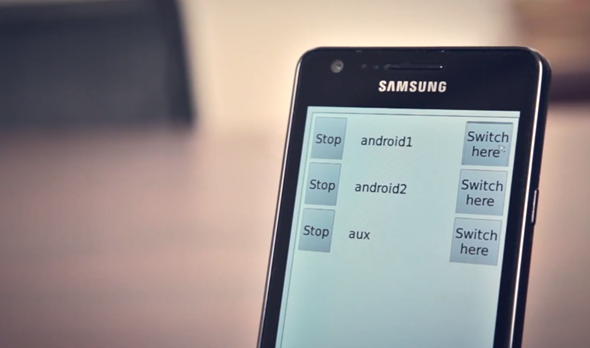 Seeing as how smartphones are no longer merely communication devices but so much more, there doesn’t seem to be a reason why they shouldn’t sport the ability to run multiple operating systems. The same concept has been there for a while in Android already, in the form of dual booting ROMs that allow you to imitate a multi-boot set up akin to desktops. Now, a team of students from St. Petersburg University of Russian Academy of Sciences in tandem with Parallels (a virtualization company) has demoed a video of Samsung’s Galaxy S II running two ROMs side by side, at the same time.

Originally posted on the Russian blog Rozetked.ru, the video shows that the device is running two instances of Android at the same time, which can be interchanged on the fly. What’s more, the hardware resources are shared between the two, evident from the fact that they switch to the second while continuing to play music from the first. The hardware performance seems pretty decent, while the team behind the project claims only 10% hit to battery life by running two instances simultaneously. They also claim that with the GS II’s 1GB of RAM, memory is sufficient for both the ROMs to continue running side by side. 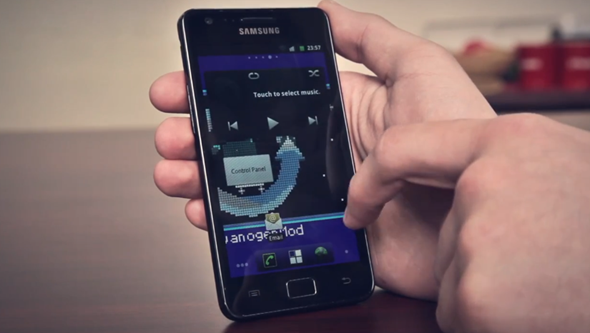 Whilst the concept is truly exciting and first of its kind, it has to be understood that it’s in very experimental stages, and it may be a long time before it becomes available to the casual user, if ever. Even so, there might be hard to find practical uses for such a virtualized environment. While great for developers and ROM testers, an average user might be left questioning why they would want to subject their device to this treatment when they don’t really have a usage scenario for this. Nevertheless, the concept is intriguing, and we’ll definitely keep a keen eye out for the development on this one.