The App Store is home to tons of apps in the Photo & Video category that allow us to take simple pictures or videos and edit them into something that is way beyond our own skill set. FrameBlast takes a step back from the traditional editing type apps to allow users to tell a story using their own home-made videos directly from the palm of their hand on the iPhone or iPod touch. The idea of the app is novel, quite unique but actually very, very simple – think, shoot, create and then share the wonderful outcome with the world.

FrameBlast is essentially a blank storyboard that lives, breathes and grows on the personally shot videos which users feed into it. When the app is first launched, users have the option of recording a video directly from within the app, selecting previous ‘Blasts’ that have already been saved if the app has been used before or allowing the app to automatically detect videos on the device that can be used to create Blasts. 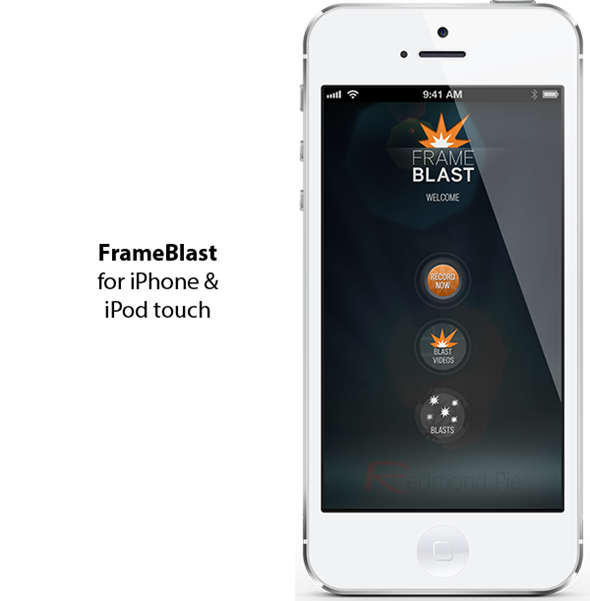 When a video has been selected, an interface is presented that makes perfect use of the screen by housing the selected video at the top, with additional editing options found below. Swiping across the video will change the theme that is applied over the video. Users can also scroll through the carousel at the bottom of the display to change the Blast style that is applied when the creation is rendered. Different Blast selections affect the tempo and color saturation that is applied to the final video. 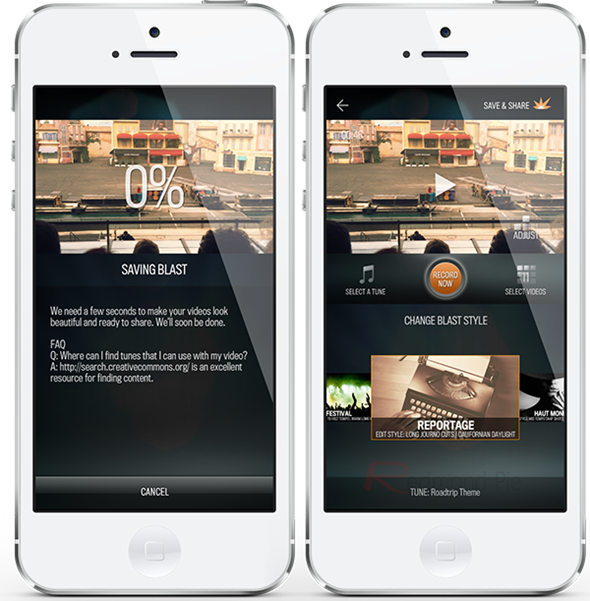 Considering FrameBlast is the app that allows us to tell the story of our lives through video, it makes perfect sense that we can actually add sound to the creation by choosing a song directly from one of the included themes or from the music library on the device. The app looks great, is a great idea, but it does seem to be entirely confusing at times. There isn’t really an indication of what certain swipe gestures and options actually do, and without going in and playing with the features, it’s difficult to really get a grip of what FrameBlast is meant to do.

For users who are willing to invest the time in learning the intricacies of the app then it is definitely worth the download.

(Source: FrameBlast for iPhone on the App Store)