Flipboard For Android Is Launching As A Galaxy S III Exclusive, Landing On Other Devices Later

So, for those of you who eagerly anticipated the Samsung Galaxy S III, here’s another tidbit of news to be excited about: Flipboard, the highly popular social magazine app that’s currently iOS-only will be making its debut to the Android platform exclusively on the Samsung Galaxy S III. Samsung will have exclusivity to the app for quite some time, meaning that it will be a bit of a wait before we can expect the app to hit the Play store or other Android handsets. 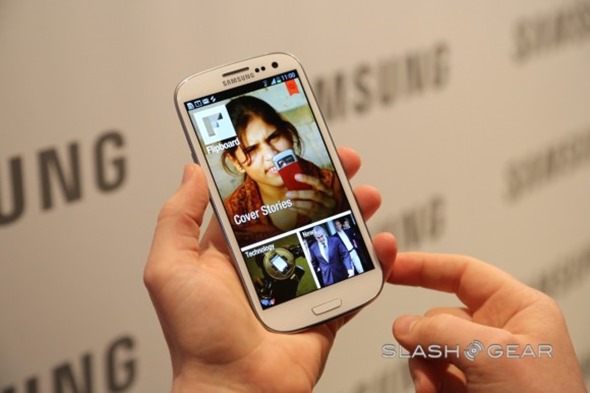 So, what will the app be like on Android; or, more specifically (for now), the Galaxy S III? SlashGear notes that the app works very similarly to its iOS counterpart, and looks quite sharp on the HD 720p display that the Galaxy S III packs, despite it still being a pentile display. And just as on iOS, you can add social networks and news feeds to the app, and see Cover Stories.

A more Android-specific feature of the app that iOS lacks, however, is a widget that you can pin to your home screen. You will be able to view and scroll through articles at a glance quite quickly using it. There’s no word yet on just how long Samsung will have exclusivity to Flipboard, but it probably won’t be long until someone hacks it on to other devices. 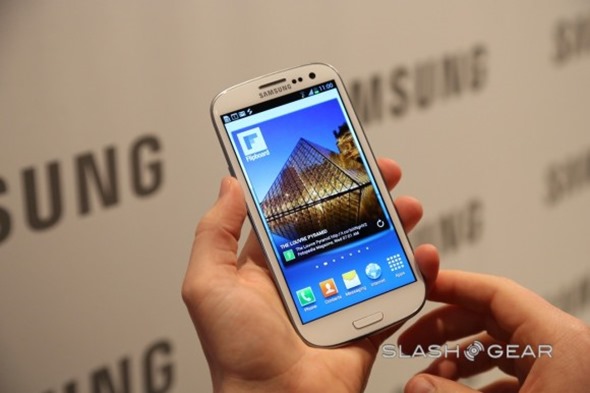 So, let me conclude this post with a quick recap of the Galaxy S III news that Samsung dropped today in London, at their special much-anticipated press event dedicated to the device. First and foremost, the phone has a huge – bigger than the HTC Titan – 4.8" Super AMOLED display at 1280 x 720 resolution. It’s well said by someone; evolution needs to work faster so that people can develop bigger hands to use these constantly larger smartphones. Under the hood, the phone has that Exynos 1.4GHz quad-core processor that we reported on earlier, 1GB of RAM, and an 8-megapixel rear-facing and 1.9-megapixel front-facing cameras. The phone is launching with an HSPA+ radio, though there is an LTE version in the works that should launch soon enough.

The phone weighs out at around 4.7 ounces, and is 8.6mm at its thickest. On a software level, the phone has Samsung’s special TouchWiz UI on top of Android 4.0 Ice Cream Sandwich. Definitely looks like a pretty decent device, but it does have its disappointments as well (i.e. the pentile display.) Stay tuned for more coverage of the new device here on Redmond Pie.

However, the Flipboard app will land eventually on other Android devices, sign up with your email address to get notified on this link: http://flipboard.com/android/