Both Linux and smartphone enthusiasts everywhere have been eagerly looking forward to Ubuntu’s mobile operating system, which was first shown off to the world at the beginning of last month. Building up on the excitement, Canonical, the company behind Ubuntu, has announced that devices running Ubuntu Phone OS will finally hit shelves in October of this year, just in time for this year’s holiday season, as opposed to 2014 as it had first been announced.

Canonical is leveraging its considerable desktop presence, and the recognition of the Ubuntu brand in the desktop and server market, especially among power users, to make a sizeable bite in the already crowded smartphone market. Ubuntu will not be the first smartphone operating system running Linux: the well-known Android is already powered by the open-source kernel. Ubuntu, however, is hoping to be the first one not to rely fully on Java Virtual Machine for most of its components and apps. 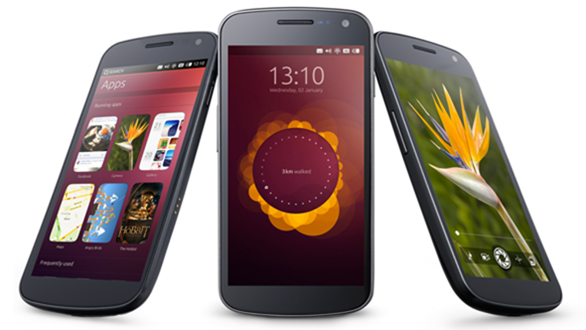 Ubuntu Phone OS, much like recent versions of Ubuntu, focus on design and user experience, with several built-in apps integrated seamlessly into the operating system, while still remaining incredibly open and customizable. 12 core apps will be built-in by default, such as Facebook, Twitter, YouTube, and an RSS reader, along with other minor system utilities such as a calculator, file manager and even the terminal.

While it won’t be the case with the initial release of Ubuntu Phone OS, apps from its desktop counterpart are expected to run straight out of the box on the mobile device: given that both the desktop and mobile versions of Ubuntu run on the same kernel, this is quite feasible, although not much is known about how Canonical intends to fully implement this as of yet. At the same time, devices powered by Ubuntu Phone OS will be able to run the full-fledged version of Ubuntu whenever plugged into a standard-sized external monitor: as the Ubuntu website puts it, the Ubuntu phone is “the smartphone that’s also a full PC”. 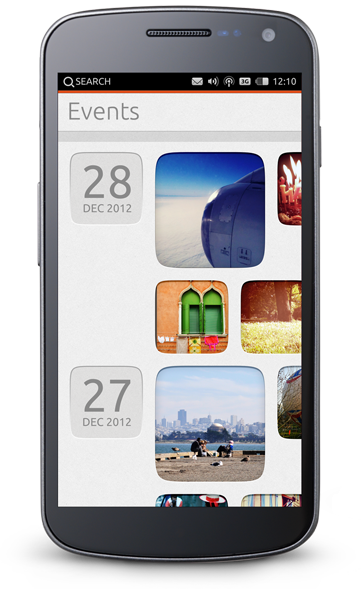 This is definitely a bold step for Canonical to step out of the desktop market, where it holds a small niche, and venture into the growing smartphone business, which the company hopes it can get a much bigger dent of once the product is finally released.