Mozilla’s Firefox OS looks, on the face of it, to be a clean, smooth, simple experience, and although no vendors have actually signed up as of yet to ship the touch-based operating system on their mobile devices, two developer handsets were available to purchase from Geeksphone, and were sold out within hours of availability. Starting at just $119, the devices that were on offer present an enticing prospect to anybody interested in the company’s open-source mobile ecosystem, and although the Firefox OS is looking to do battle in an ever-crowded market, the legions of Firefox fanatics behind the project give it a very strong chance of forging a substantial user base.

It was revealed last week that these dev phones would be made available as of today, and as well as the lower end ‘Keon’ device priced at $119, there’s also the slightly higher performing ‘Peak’, which will set you back $194. Both are out of stock at Geeksphone, and although the retailer is based in the European nation of Spain, either device were eligible for shipping to just about anywhere in the world.

iOS and Android may be the big guns in the smartphone and tablet markets, but following years of two-pronged dominance, many other companies are now looking to stand up and be counted. Microsoft has impressed at times with Windows Phone, BlackBerry has sought to reinvent itself with BB10, and even Canonical’s open-source Ubuntu, which is at a slightly more advanced stage than the Firefox OS, is looking to make some headway. 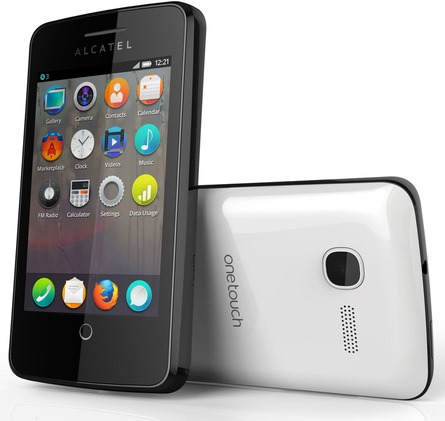 Mozilla has, to its credit, plugged admirably away at the vortex of force that is Google’s Chrome, and with the search giant far and away the leader in the mobile industry, it will be intriguing to see whether fans of open source technologies will give the Firefox OS the time of day. If you are indeed one of those individuals, and would like to check out these still fledgling stages of the Firefox OS, please head over to Geeksphone. We’re guessing that the devices might be back in stock at one stage, but don’t take our word on it.

Please do consider that these are developer phones only, and certainly not the kind you would want as your daily runner at any cost. Reason? The software is not ready for primetime use and there’s a high chance that you’ll run into a lot of bumps on the road.