The first unboxing video of the Apple Watch has just hit the Internet. Not that there is much left to be revealed about the watch as it is, but nothing compares to a good ol’ fashioned unboxing of a top-notch gadget as beautiful as the Apple Watch. Head over the jump and check out the video – and the device itself – in its full glory.

The two-minute long unboxing is a fairly quick one, but confirms the retail packaging photos which were leaked just a day back. As you can see from the video embedded below, the Apple Watch comes in a square box, while the unit itself is housed inside a smaller packaging of its own, housed on top of the MagSafe charging cable – which is a fairly lengthy one. The clip comes from the French publishing called Metronews, and the device shown is the 42mm variant of Apple Watch – steel casing. 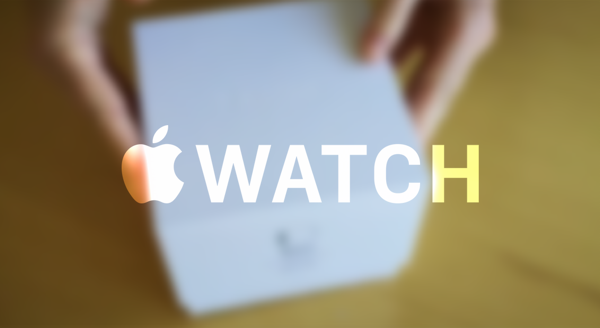 The video takes us through the interface and workings of the 42mm wearable, such as Glances, along with the notable features such as sending taps, drawings, and even your heartbeat to other users. However, there’s nothing in there that Apple hasn’t shown or demonstrated already, not to mention the countless number of reviews that have started hitting the Web a while back.

Apple will start accepting pre-orders for the Apple Watch on 10th of April at 12:01 AM Pacific Time, with rumors suggesting that the Cupertino company will be limiting reservations to one watch per customer for all in-store pickups. However, pre-orders made for mailing deliveries may not see such restrictions, and such orders will start shipping out on the 24th of April.