Firefox is widely recognized as one of the best browsers in the game. Despite the incredible rise of Google’s Chrome over the past few years, the Mozilla team has continued to push the updates to ensure that Firefox enjoys a decent market share. More recently, we’ve seen the Firefox creator attempt to branch out with the development of its very own mobile operating system, and while that particular project remains in the works, Mozilla has now gone ahead and built a home launcher for Android.

Although the tech world already has half an eye on the Mobile World Congress (MWC) later on this month, today has played host to the very first InContext conference, and Mozilla took the opportunity to show off its intriguing new Firefox Android launcher.

Even though Mozilla is keen to create its own OS, it’s also not naive enough to discount the fact that Android happens to be the market leader in the smartphone industry by some distance, so investing some time in creating apps for it is always going to be a worthwhile enterprise.

The launcher sits atop the EverythingMe launcher which, as we noted a couple of days back, has finally shaken off the beta tag. Since EverythingMe attempts to make everything as seamless and intuitive as possible with its largely context-based functionality, the Firefox launcher follows a similar trend, providing users with, as Mozilla puts it, “innovative ways to personalize their Web experience and meet their needs in any context.”

EverythingMe is much more than just a launcher – it’s a new way of Android-ing – and its various quirks and features sit very well with the ethos of Mozilla and Firefox. At the moment, we’ve only got a preview screenshot to mull over, but Mozilla has promised to keep us in the loop with regards to progress. 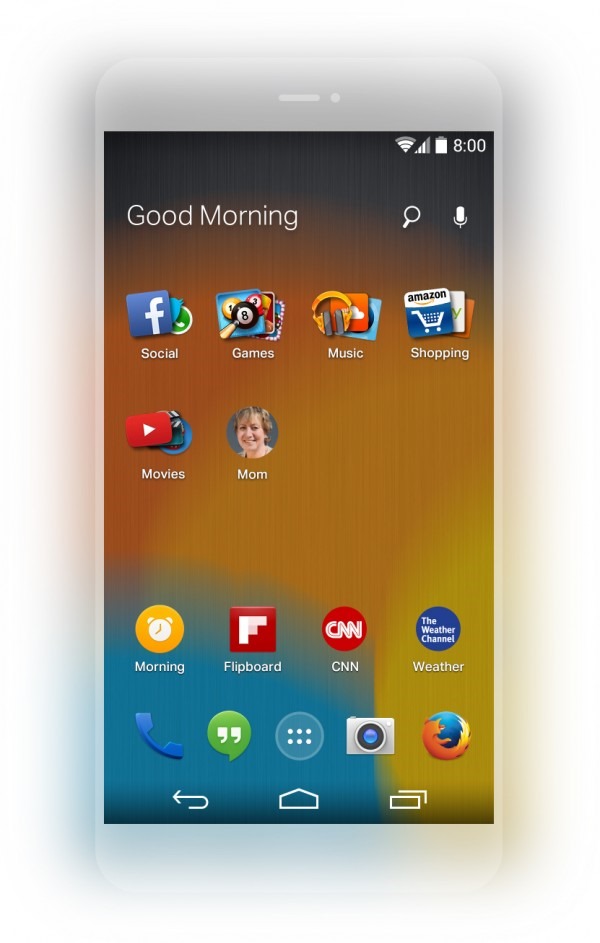 With Firefox having always been a very functional, smooth and generally pleasurable experience, we’re expecting nothing less of this launcher, and as soon as more information becomes available, we’ll be sure to let you guys know, so stay tuned!

Meanwhile, do let us know in the comments section what you think about the new launcher.