Just days after the final version of Firefox 12 was released to the public, developer Mozilla as already taken the wraps off Firefox 13 Beta, which, as we’ve come to expect from these short interval releases, doesn’t bring much of significance to the table.

Firefox was one of the first browsers to really stand up and let Microsoft know that consumers were far from being happy with Internet Explorer. The default Windows browser was not progressing in the manner in which it should have, thus the rise of Mozilla’s offering didn’t take long.

Unfortunately for any company creating something decent in the business of technology, Google is never far away, and, as its Android platform has done over the past three years, the Big G’s Chrome browser reached the masses in an unprecedented, and somewhat unforeseen fashion.

With Chrome and Firefox now locked in a battle for supremacy, both are pumping out revised versions at a rate of knots. Where the leap of a whole number – version 12 to 13 – is usually one of great significance, both Google and Mozilla are operating a more regular release cycle. It can be somewhat confusing for many consumers, especially since Firefox was in version 3 for a number of years, but both parties have deemed it necessary for progress. 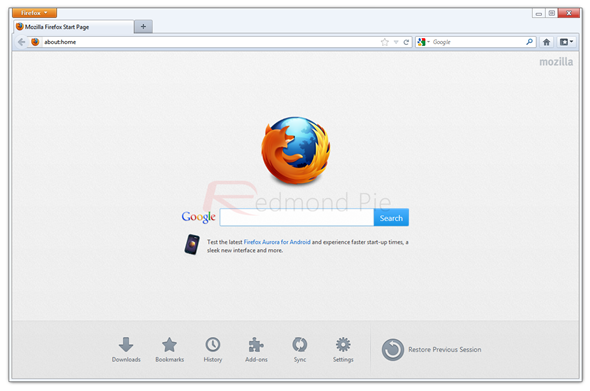 Firefox 13 Beta brings a total of 72 improvements including speed enhancement to browsing, something everybody likes to see atop a release log. When the browser is initiated or restarted, tabs aren’t reopened by default, and as somebody who will open tabs until they are incomprehensible, this is great news. The SPDY protocol is now enabled by default, which also helps with the speed of surfing overall, and the standard homepage has now been changed with better navigation and access to your important areas such as bookmarks. 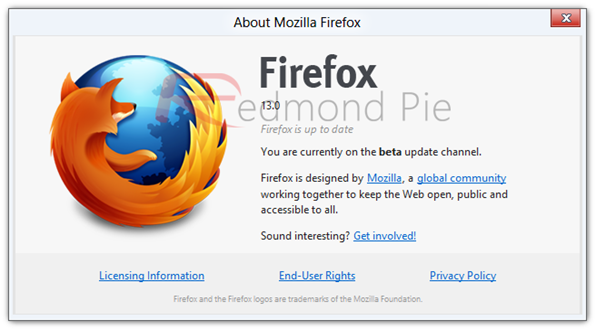 Beta versions are less stable and more susceptible to bugs, thus it’s not advised you overwrite your end user version in place of this latest beta.

Download the version relevant to your particular machine, and let us know how it runs by leaving us a comment via our Facebook or Google+ pages.