Feast Your Eyes On This Spectacular Infinity Blade Dungeons For iPad Video Footage!

While there have been many mobile gaming hits from both Apple’s App Store and Google’s rivaling Play Store, only a select few could be categorized as “the elite”. You know, the games which consumers have on their devices so often, they could become a stock feature; the titles boasting cutting-edge graphics with addictive gameplay enticing new users to keep purchasing the sequels year in, year out.

Infinity Blade is unarguably one of the very few you could consider as elite, and despite only dropping in late 2010, its Unreal Engine-powered visuals left tech and gaming fans flabbergasted, and although iPhone 4 fans had been salivating over the Retina display for several months prior, Infinity Blade really changed the game in demonstrating just how quickly mobile gaming was catching up with the consoles. 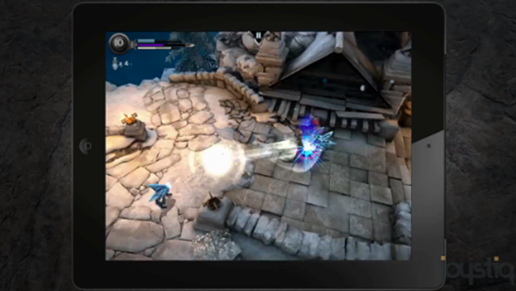 The sequel to the story followed the same motif, but even so, still delivered the goods to the millions of fans worldwide. Anybody was in any doubt that the original iteration could be improved upon, Infinity Blade II’s entry to the fray last December silenced the skeptics with aplomb.

While I am not usually a fan of walking around dungeon-like structures and engaging in sword fights with various bosses (more of a puzzler, myself), something about the Infinity Blade series is just too captivating to ignore, and I’m sure that is the case for many iPhone, iPad and iPod touch users. For those few uninitiated, the aim of the game is to progress through a dungeons, fighting in cinematic sword fights along the way, and while there’s very little in terms of a real adventure or storyline, it’s the style and realism of the encounters which makes Infinity Blade such a winner.

The next installment to the series will deviate quite significantly from the first two, which are both, for the most part, played out in the first person. Infinity Blade: Dungeons breaks the mold somewhat, as the first gameplay trailer released indicates. Enemies are significantly different, while the view of the title will be the same overhead affair creeping up on many iOS and Android titles nowadays, ditching the old system of what I like to call First Person Slayer. Here’s the video snippet for your viewing pleasure:

The signs look good for another smash hit, and we can only imagine how the new-look game will look and play once released, which will presumably be, as with the last two, towards the end of the year.