Arguably the biggest social network in the world, Facebook has been, time and time again, under a lot of fire from the media as well as users for its not so friendly privacy settings, including (at one point) resetting of the set settings for all users once they rolled out any changes. The social networking giant has been keen on improving its standing on this front for quite some time now, and the latest step that it took is a big leap in this direction. Recently, Facebook has been notifying its mobile and desktop users of upcoming Terms of Service & Privacy changes through push notifications across both its mobile platform, as well as the Web version of the service.

Facebook has outlined a number of changes in detail that will go in full effect effective Jan. 1, 2015, but a number of those can be tried and implemented before that owing to the website’s new "Privacy Basics" tool. Essentially, it’s an interactive configuration mechanism that offers three distinct areas; What Others See About You, How Others Interact With You, and What You See. Navigating through these three sections, users can easily configure their privacy settings and ensure that they’re giving out content only that they are comfortable with, and not everything (or anything, for that matter) else with it. 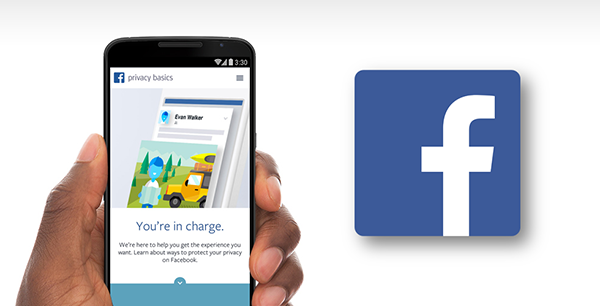 Another significant change that Facebook has notified users of is the network’s policy on its collection of data, usage, tracking cookies, and advertising data, among some other terms of usage. The network claims that its primary objective with making all of these changes is increased transparency in what it does and what it wants to do with your data, from here on out. Likewise, the new ToS outline things like how apps communicate with each other, what Facebook does with the permission its mobile apps claim on your Android or iOS device, and more.

Finally, one of the most notable changes that the social network is making is related to advertising on your Timeline. Now, your changes to how you want to see (or not see) ads will sync and reflect across both your mobile and Web service, irrespective of where you initiated the change. Earlier, both mobile and Web were practically isolated for this purpose, so this is one of the most welcome changes that users will find in the new and improved Facebook. 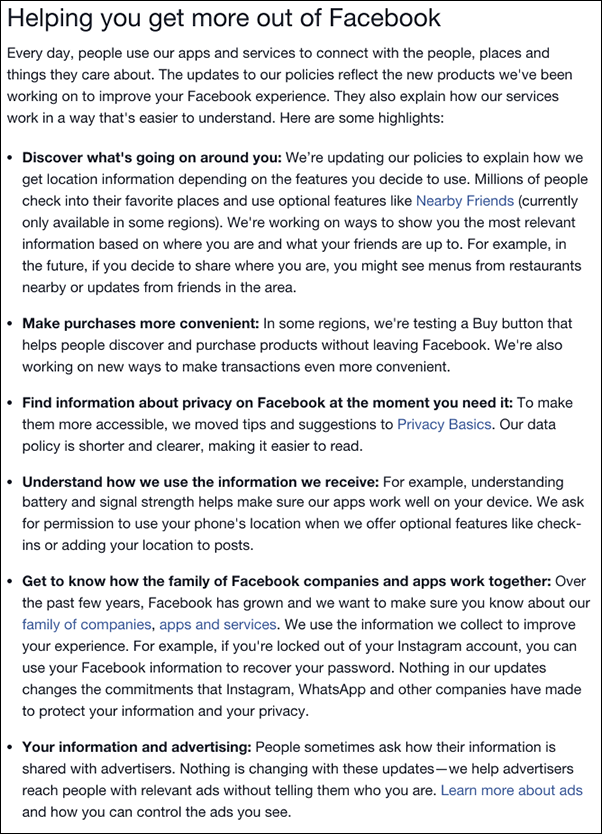 You can read all the aforementioned changes, and more, in Facebook’s detailed post at the source link below. That is, if you haven’t already come across them courtesy of the push notifications that Facebook has been rolling out across all its platforms.