Following hot on the heels of their previous update for their main iOS app, Facebook has taken the opportunity to push out a new update for their extremely popular Messenger app for the iPhone. Rather than just being an incremental update, Facebook has made enough changes to the messaging app to warrant it a v2.0 tag, and is now available through the App Store as a free download for new users and as an update to those who already have the app installed.

This latest update to the iPhone and iPod touch app not only brings support for the new iPhone 5 that has now been on shelves for just over seven days, but also offers full support for Apple’s latest iteration of their mobile operating system, iOS 6. Rather than just stretching the user-interface to fit the new iPhone 5’s screen dimensions, Facebook has taken the opportunity to integrate a new and improved design into the app that makes it a lot easier for users to keep track of ongoing conversations. 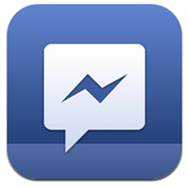 Users of the Facebook Messenger app can now choose to add those people with whom they interact with most to the top of a favorites list, a new feature that makes it extremely easy to get the most out of the app’s core functionality, which is to keep in touch and chat with friends and family. A new gesture driven action has also been added to the app that allows users to swipe left from anywhere in the app to quickly see a list of Facebook friends that are signed on to the chat service, and are available to accept a private message. 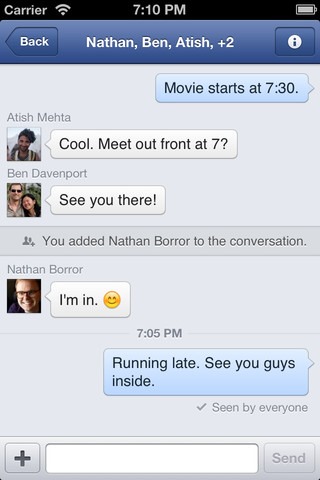 As we have seen with the social network’s update to their main iOS application, the Facebook Messenger app has also been kitted out with some noticeable speed and reliability improvements, which, when used alongside the redesign, makes it feel like a whole new app. To finish off the update, the obligatory fixes for some minor bugs have also been shipped with this version, making it a great little surprise for those logging into the App Store. 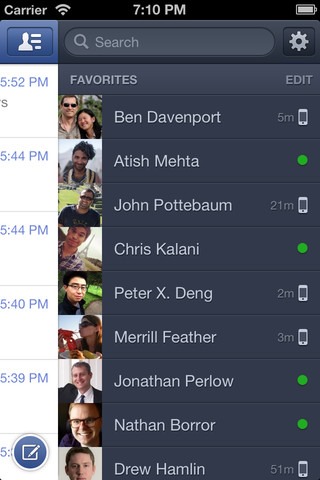