Although the iOS App Store is overflowing with apps for the iPhone, iPod touch and iPad, the Mac equivalent doesn’t have nearly as many apps living within it, meaning OS X users have significantly less choice when it comes to extending the functionality of their machines. With that said, I tend to find that my personal taste of OS X apps come in two forms, either extremely simple creations or apps that actually go all out and provide fantastic functionality that makes my life a lot easier. An example of the former is Live Wallpaper that offers dynamic backgrounds and an example of the latter is Xcode or Pixelmator that offer grunt and power.

Since we all require a little bit of light-hearted relief every now and then, it makes sense to have a look at an OS X app that is an example of a developer taking a concept that users know and love and adding a little bit of their own personal twist to it. The ePic OS X app does that by taking the concept of creating a nice slideshow from a set of images and then adding some very nice and very realistic physics effects to it, as well as being able to directly interact with the slideshow on the display. 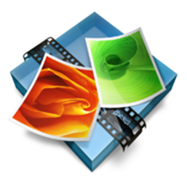 First and foremost, ePic allows users to create their slideshow using image sets from a variety of sources including the iPhoto app, Aperture, a Flickr account, Picasa, 500px or any local folder that happens to contain a set of compatible image files. The developer has attempted to make ePic a little different from other apps of this nature by introducing some extremely fun and realistic physics effects that allows the user to interact by right-clicking on the display and dragging the mouse around to invoke different reactions. 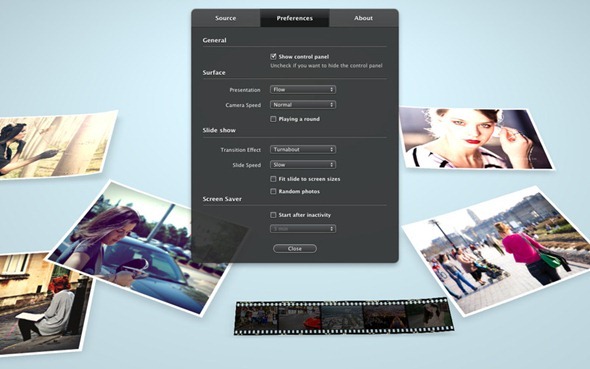 As well as the inclusion of this nice little feature, ePic also stays true to traditional feature sets by having a classic slideshow mode that rather plainly slides through a collection of images, as well as being able to enter into screensaver mode and forcing the app into full-screen. Taking the physics and interaction stuff out of the equation, ePic isn’t really anything that hasn’t been done before, but sometimes we all just need to surround ourselves with tranquil sequences of images that allow us to relax. The app is available as a $3.99 download from the Mac App Store and requires Mac OS X 10.6 or above. 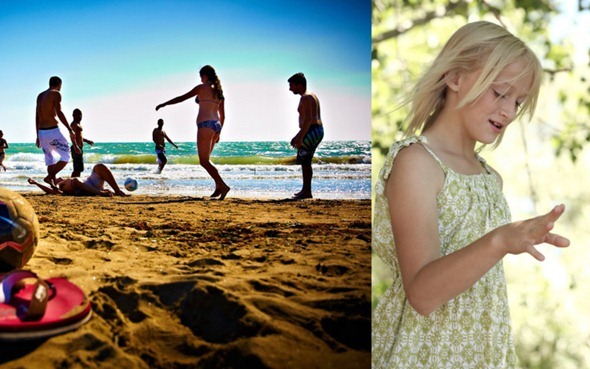