It seems the guys behind Duke Nukem Forever just can’t catch a break. As if having their game in development for the best part of, well, forever wasn’t bad enough, now their pride and joy has leaked onto torrent sites a whole week before its official release. 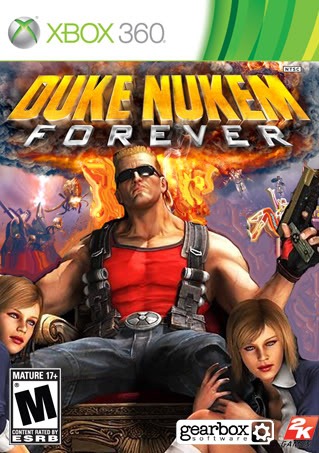 Due to land in stores around the globe on June 17th, Duke Nukem Forever is possibly the most, and certainly the longest anticipated game of all time. Numerous delays and outright cancellations have plagued the project since the get-go but now 2k Games and Take-Two Interactive have finally gotten the game Gold and ready to ship. Unfortunately though, it seems people can’t wait.

According to good old Wikipedia, Duke Nukem Forever’s development actually began way back in 1997 when this writer was just a wee lad.

Intended to be groundbreaking, Duke Nukem Forever has become infamous in the video games industry and become synonymous with vaporware due to its severely-protracted development schedule; the game has been in development since 1997.

Various fake copies of DNF have been floating around on various torrent sits for a few days now but this latest release by torrent group ‘Complex’ appears to be the real deal according to TorrentFreak.

There are potentially bigger problems than a few lost sales for the DNF team though. With reviewers under embargo, little is known about how well the game has actually turned out but reports from people who have had some hands-on time with its demo release point to the wait not necessarily having been worth it. If that’s true and word gets out via people downloading this illegal copy then sales could be hit even more than anticipated.

This leak is early enough to warn people off if the game’s a dud, but for all the Duke fans out there, hopefully the reverse is true.