Google offers an impressive array of useful apps, and one of the benefits of owning an Android device is that each Google App, or GApp, is offered right from the company’s famed Play Store. Akin to the Web and desktop versions of apps such as Drive, Keep, Maps and Translate, the mobile versions offer clean, minimalistic and uniform interfaces; but if you’re looking for something a little alternative to that quintessentially-Google appearance, one developer has spent a great deal of time inverting the color schemes of said apps to give a radically different appearance. One look is described as "transparent", whilst the other, darker look is "blacked-out", and if you feel as though your Google apps are looking a little washed-out, you may want to check out these modded APKs.

Although Google’s apps are certainly not much to look at, the attraction to many consumers is their high level of functionality. Each app operates seamlessly with the Web, and such is the fluidity in which Google keeps all of my information in sync between devices, that I couldn’t personally care whether the UI was pink or came with yellow dots.

That said, it’s always nice to have the option of change, and if you feel like inverting the colors of one, some, or all of your GApps, you can do so thanks to AndroidSpin member B-Boy.

The process of installing is relatively simple, although requires a small amount of messing around. For the most part, it involves removing the app you wish to change, downloading the modified APK from the original thread (linked to at the bottom of this post), and installing. 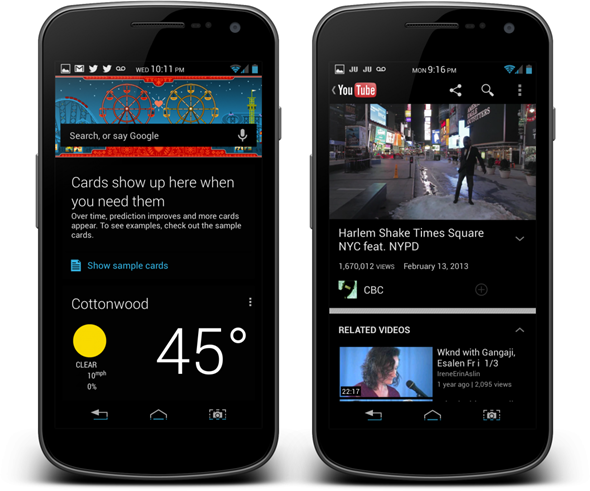 The alternate Play Store look requires the downloading of a flashable ZIP, as does Google Talk but the rest is pretty straightforward. As well as those to, you can alter GMail, Play Music, Google Search / Google Now, YouTube, Currents, Translate, Voice, Drive, Settings, Maps, and the recently-launched Keep note-taking app.

Personally, I love how plain and perhaps even boring Google’s apps look, but if you’re one of those people that loves to tinker with themes and such, please check out the original thread below.