If you were a fan of the original, you are going to love this one! The much acclaimed sequel to the first person shooter, N.O.V.A. 2 has finally arrived on the iTunes App Store. Needless to say, this version looks stunning, with smooth controls and support for iPhone 4’s Retina Display and Gyroscope which makes it so much more fun to play! 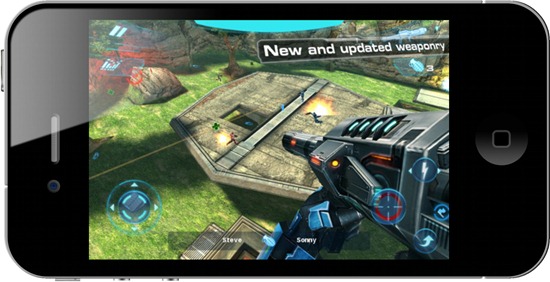 Story of N.O.V.A. 2 starts 6 years after the events which folded in the first episode.

Humanity is now thrown into a bloody civil war fought on one side by the central government of the Terran Orbitals and the self-appointed Human-Alien Alliance; a new organization with a mysterious origin and agenda. Kal Wardin left active service in N.O.V.A. years ago and now lives among the colonists of the desert planet Scorpius.
But war never spares even the most peaceful places…

Features new to this release:

INTENSE MULTIPLAYER MODES:
– 1~10 players online or locally
– 5 modes: Free for All, Team Deathmatch, Capture the Flag, Freeze Tag, and InstaGib
– Ranking & Perk systems
– 10 maps on which to battle it out
– Play against your friends or the entire world through Gameloft LIVE!
– Worldwide leaderboards in the game & on the official website, www.near-orbit-vanguard-alliance.com

EXCLUSIVE REWARDS FOR VETERAN PLAYERS
If you played the first episode:
– Jump into multiplayer with bonus XP, allowing you access to advanced weaponry
– Unlock a special achievement on Gameloft LIVE!

N.O.V.A. 2 for iPhone is available for $6.99, and can be downloaded from iTunes App Store via the link given below. 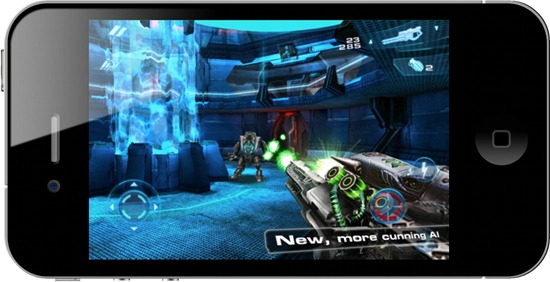