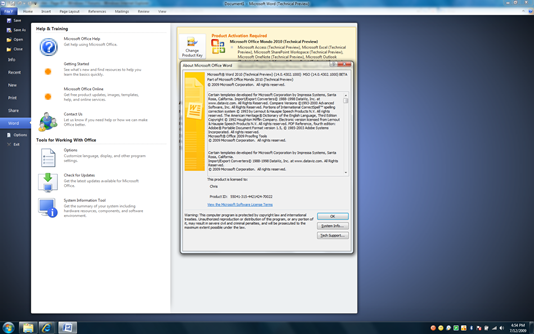 Even though the title bar on Word 2010 says its “Technical Preview”, but the About dialogue box clearly states it as Beta as can be seen in the screenshot above.