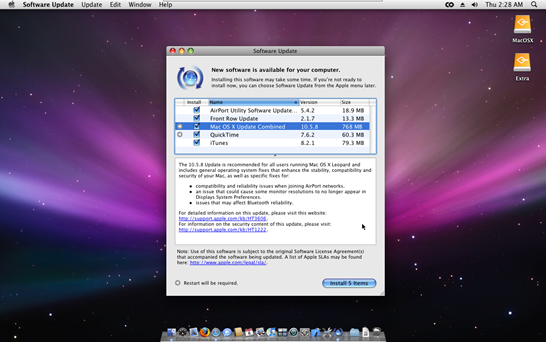 The new Mac OS X v10.5.8 update can be downloaded and installed from Software Update in OS X or optionally from the standalone installer through the download link given below.