As you might be already aware, Apple has seeded iOS 5 Beta 5 to registered developers, but in order to sync with the new system, developers will have to download iTunes 10.5 Beta 5, which was also released just now. While we haven’t had the chance to try this new build out for ourselves just yet, it is expected to address its performance and get it ready for the final release, which should be just over a month away.

It’s also important to note that devices running an earlier version of iOS 5 won’t be able to be synced with iTunes 10.5 Beta 5. Before installing this new version of iTunes, users should first grab iOS 5 Beta 5 over the air or from Apple’s developer website and install it on the device, and only then install iTunes 10.5 Beta 5. There’s absolutely no reason not to upgrade anyway, unless you enjoy software that doesn’t work properly yet.

iOS 5 was first unveiled at WWDC 2011, Apple’s yearly developer-oriented conference that’s often used to unveil consumer products. On that same day, developer builds of iOS 5 and iTunes 10.5 were released, which have all been replaced with newer ones since then. Beta 5 comes just two weeks after the previous version, Beta 4 was released, suggesting that Apple is working around the clock to get iOS 5 out in time.

iOS 5 includes several features that have been long-awaited by iPad, iPod touch and iPhone users. Among the most prominent, there is Notification Center which queues up all notifications coming from different apps and services, replacing Apple’s old and intrusive pop-up notification; enhancements to Safari, especially to the iPad version, such as Reader mode which gives users an unobtrusive view of the real content of a page without ads or graphics; as well as system-wide Twitter integration, allowing users to tweet out pictures and web pages straight from their respective apps without needing to open the full Twitter client. 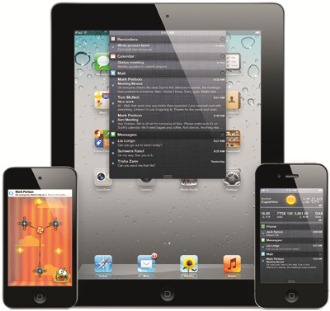 In order to get iOS 5 betas, as well as iTunes 10.5, you need to be a registered Apple developer, yet anyone can become one, really. Just head to Apple’s Developer Site and purchase a yearly developer subscription for $99. Aside from pre-release iOS builds, you’ll also get access to exclusive developer-related tools and documentation. The final version of iOS 5 is scheduled to be available to all users in the fall.