The Samsung Galaxy S4 may not have been released yet, but already, the thriving modding community has begun extracting it of all its exclusives and treasures, including its beautiful array of HD wallpapers. The Korean company has, naturally, updated and improved its native personal assistant S Voice for the upcoming flagship, and already, a system dump leaked into the wild has given the opportunity for those on preexisting devices to try it out. The app has already been tested by SamMobile on the Galaxy Note II, Galaxy S III and the Nexus 4, and is said to work "flawlessly" on each. Further details – as well as the download link – are coming up after the break.

One of the exciting things about a new Android release – particularly for those without the intention / means to make the purchase – is that many of the new features are quickly leaked for installation on other, older smartphones and tablets. 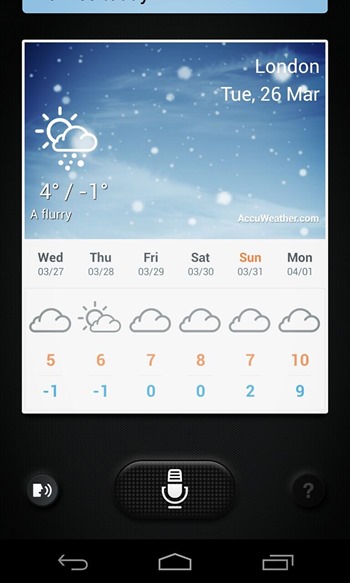 S Voice, an integral part of Samsung’s fast-growing "Smart" range, has proven to be a big hit since first arriving last year along with the Galaxy S III, and the company has continued to roll out the changes which, nowadays, make it look a relatively complete product. Based on the Vlingo personal assistant, S Voice is on hand to answer and act upon your questions, and having evolved significantly in its short lifespan, competes with services such as Apple’s Siri for iOS.

It should be noted, that although S Voice for the Galaxy S4 appears to be working just fine on Samsung firmware, those running AOSP based ROMs may encounter one or two caveats.

If you’re a veteran when it comes to Android modding and such, you should have no problems. But if you aren’t sure, please do not install the .APK below. 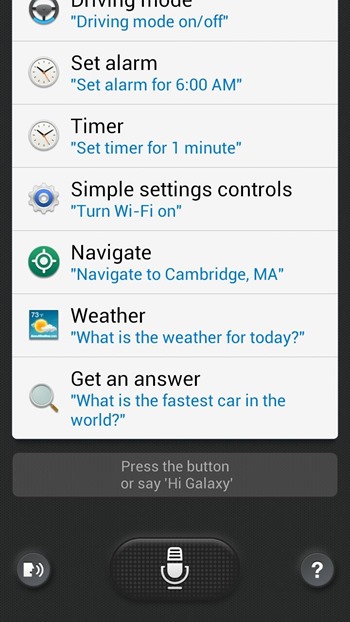 The device itself is set to release in many parts of the world towards the end of this month, with US carrier T-Mobile having earlier confirmed its intention to carry the Galaxy S4 in May.

Until then, download and enjoy the new S Voice APK, and let us know how it runs for you by dropping a comment via the usual channels.