Download Cut The Rope: Time Travel For iPhone And iPad For Free [Limited Time Only]

Cut the Rope is one title that would instantly resonate with any apt iPhone or iPad user. Turning into a series since its original release, one of its iterations is now available for absolutely free on iOS devices as part of Apple’s Free App of the Week initiative. This particular title usually retails for $0.99 on the App Store, but till next Thursday, you can grab it without spending a time. 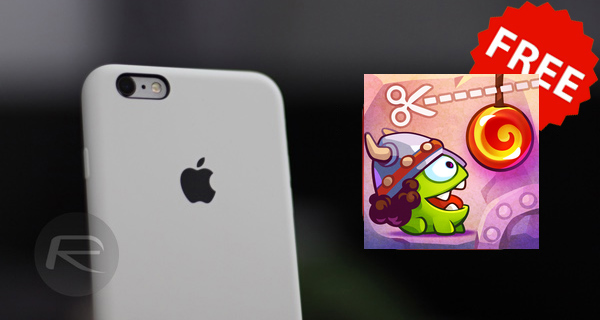 Feeding Om Nom the candy it craves for by cutting the rope it hangs by from the right place is already exciting enough, but Cut the Rope: Time Travel takes it a bit further by introducing an additional Om Nom onto the scene, which has to be fed as well. Not much has changed here in terms of gameplay when compared to the original Cut the Rope, but it is hard to miss the new theme which paints Time Travel.

The name of the game itself is suggestive enough of what takes center stage here.

There’s no time to waste! Visit exciting locations including the Middle Ages, the Renaissance, a Pirate Ship, Ancient Egypt, Ancient Greece, the Stone Age, the Disco Era, the Wild West, an Asian Dynasty, the Industrial Revolution, and the Future. Om Nom’s ancestors are waiting – and they’re getting really hungry for candy! 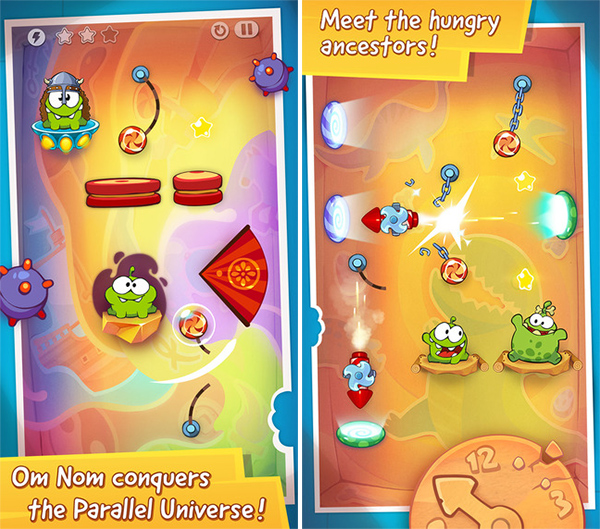 We may have gotten used to paid iOS apps going free for the iPhone, but it is great to see that a dedicated iPad “HD” version of Cut the Rope: Time Travel has also been cut free of its price tag.

This game is an absolute treat for all ages, and will keep you involved on that bus ride back home, or keep your kids occupied while you unwind. You can download it for free from the links given below. 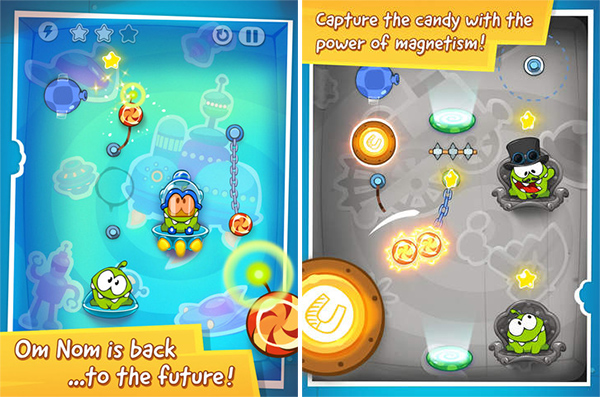