Almost two weeks ago, we heard reports of Verizon “blocking” Google’s NFC-based mobile payment system Google Wallet on the Galaxy Nexus. Verizon later stated this was due to the fact that Google Wallet needed to be integrated with the hardware. 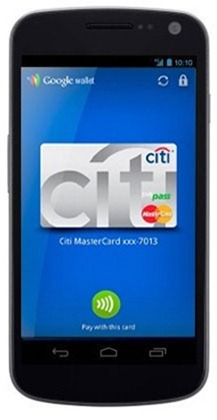 Then, just yesterday, developer lukegb over on XDA-Developer Forums released a working APK for Google Wallet which could be sideloaded (read: installed) on the Galaxy Nexus just like any other APK, which does, technically, prove Verizon’s theory of it requiring to be “integrated” to be wrong.

While Google Wallet isn’t yet available for devices with an NFC chip, like the Nexus S and Galaxy Nexus, there have been some workarounds that required you to root your device, then install an update at the bootloader level. Now, Google Wallet, in most cases, can be installed with a simple APK.

Before you hit the download link at the end, you must note a few things first:

Firstly, this APK works only with the Galaxy Nexus on Android 4.0.2 Ice Cream Sandwich. You can check if you have this version from Settings > About phone. If you don’t, update to 4.0.2.

Secondly, if you’re in the U.S., you don’t need to be rooted. However, if you’re outside the U.S., you will need to root your Galaxy Nexus, install Market Enabler and set yourself as US T-Mobile before installing.

Thirdly, be sure to enable Unknown sources under Settings > Security so you can sideload the Google Wallet APK.

Lastly, this method, while tried and tested, may damage the Secure Element chip on your Galaxy Nexus. If this does damaged, there is no way to get it working back again, so do keep this in mind before you install the APK.

Once you’ve noted the above three points, just download it from the link below, tap on the .apk file and install as you normally would.

This method has been tested to be working on both GSM and LTE models of the Galaxy Nexus. If you have any queries, check out the official thread on XDA.