Last week, Crazy Taxi: City Rush was rolled out to those rocking an iPhone, iPad and iPod touch. The title, designed specifically for mobile rather than being a port of one of the old classics, has enjoyed a bright start since making its début over at the App Store, and fashionably late, the Android version has just arrived over at the Google Play Store. Details, as well as the download link, can be seen after the fold.

The original Crazy Taxi enjoyed its heyday on the SEGA Dreamcast, which, despite not selling in as high numbers as the rivaling PlayStation 2, still enjoys the cult classic status. As with Sonic the Hedgehog, the Crazy Taxi franchise has continued to be a real hit for the Japanese gaming outfit, and while the re-release of the original Crazy Taxi on iOS and Android has brought the series back to life, SEGA is now looking to build on the success with the release of City Rush. 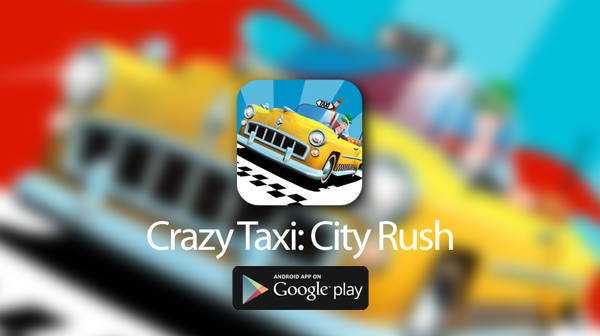 The format, as you’d expect, is largely unchanged, but with some neat graphics, new cities and challenges, it’s everything a Crazy Taxi fan could possibly ask for. As with the port of the original, controls are smooth and streamlined, with SEGA having perfectly optimized this key area for a pleasurable experience.

As ever, you must get your passengers to their destinations in the quickest time, although unlike in a regular taxi, you won’t be lambasted for throwing in some risky moves and jumps along the way. In fact, the more dangerously you drive – without crashing, of course – the more money you’re going to stack up, and as ever with Crazy Taxi games, it’s the kind of title you could wind up playing for hours on end. 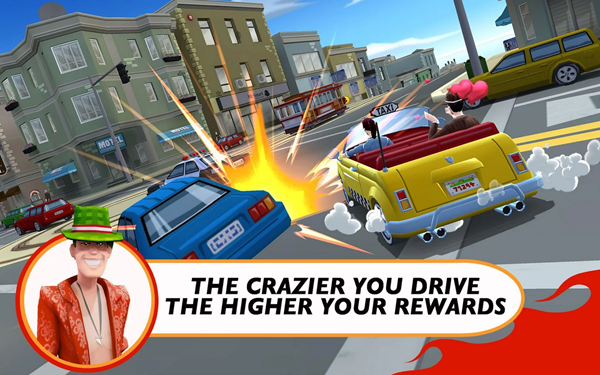 So, if you’re a fan and have been patiently waiting for the Android edition to release, now’s your opportunity to grab it from the Play Store. It’s free of charge, although there are in-app purchases, so go ahead and see if you’ve still got what it takes to master this extremely addictive format. 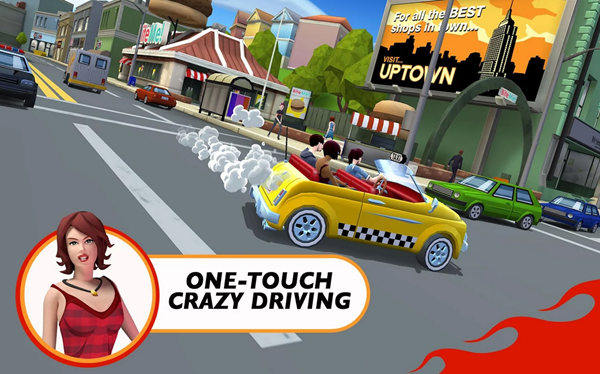