Get Your Mac To Alert You About Unauthorized Webcam And Mic Access, Here’s How

You’ll often hear people talking about how Macs running macOS are much better than Windows-based PCs, with one main reason for that argument being the unshaken belief that Apple’s computers simply can’t be infected with viruses or malware and having overall better security.

Whilst it may be true that malware and viruses aren’t as prolific on Macs as they are on PCs, they do still exist, which is why consumers may need something like OverSight by Objective-See to protect against any unauthorized access to a Mac’s microphone or webcam. The harsh reality of the situation is that malicious individuals from all over the world are constantly building malware that can infect platforms of any variety with the aim of stealing information and accessing parts of a machine that we’d rather they didn’t have access to. 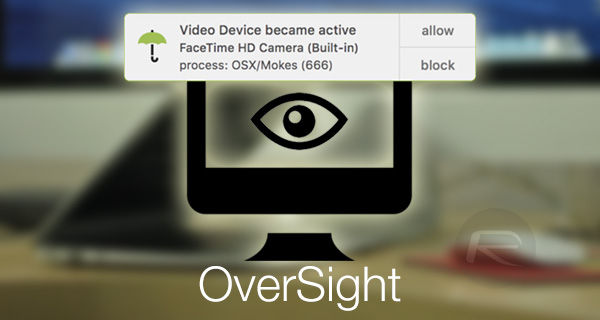 Having banking or other sensitive information stolen or viewed is bad enough, but when you start to consider that more and more malware is designed to spy on an unsuspecting user by accessing the microphone or camera on a computer, then you’re left with the chilling realization that steps need to be taken to prevent that access.

For Mac owners, one of those steps, and a fairly good one at that, is grabbing and installing the OverSight app. According to the developer, “OverSight monitors a Mac’s mic and webcam, alerting the user when internal mic is activated, or whenever a process accesses the webcam.” In short, when this little utility is actually installed on a compatible Mac, it will provide an alert to the hardware owner informing when something is trying to invoke the microphone or webcam.

It is then up to the owner to allow or block the access on a case-by-case basis. The app sits neatly in the menu bar, and is intelligent to the point that along with an alert and prompt, it also identifies the process that is trying to call up the mic or webcam. 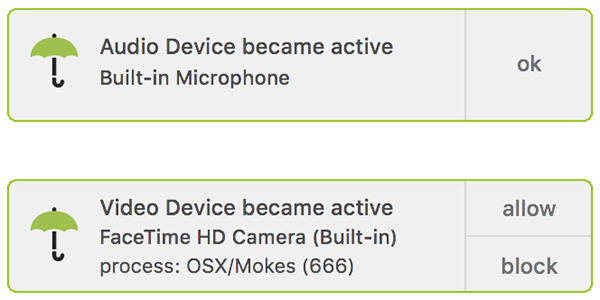 Of course, OverSight may provide a very real use case for a lot of Mac owners, but it’s also worth noting that just like any other piece of security software out there, isn’t entirely bulletproof, and can be tricked or bypassed by malware that is built with a kernel-mode or rootkit component which can potentially render it ineffective. As they say, you can’t win every battle that you go into, so with that in mind OverSight does a very good job within its own limitations.

Head over to objective-see.com/products/oversight.html for further information on downloading and installing it on your Mac.