Cooliris 2.0 For iOS Now Available, Lets You View Your Photos In A Beautiful 3D Interface

Cooliris, renowned for its sumptuous 3D browser add-on which offered a slick image-viewing experience, was always a rather nice idea without really making too much of an impact. Now, though, the concept has been duly enhanced, and with today’s version 2.0 release over at Apple’s App Store, it feels as though Cooliris has finally arrived.

Like nearly all image-viewing apps, it works a gazillion times better on the larger display of the iPad than it does on either the iPhone or iPod touch. Don’t get me wrong, it’s not so much that it’s bad on the smaller devices, it’s just a great deal better when used on the tablet.

It plies its trade in digging up photos both online and locally, letting you view them all within one, very well put together interface. It’s a very quirky take on image aggregation, with the clincher being the 3D wall which tilts your images around as if you’re scrolling through them in a circular motion. 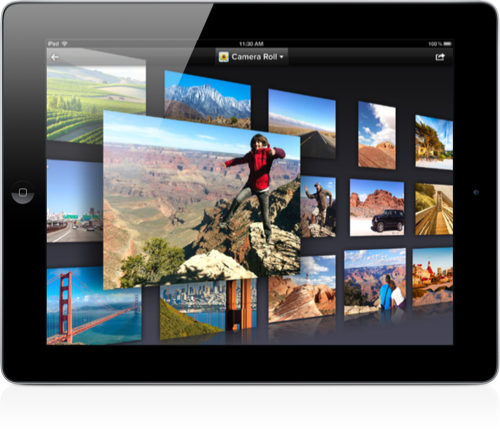 You can check snaps from your camera roll, Instagram, and Facebook, and as well as simply viewing, you can also share them via e-mail. One of the annoying features of iOS (still) is the ability to only send one image at a time natively via e-mail, but with Cooliris, this isn’t an issue, and one can send a fair few at a time. It doesn’t send them as attachments, though, instead giving recipients a link which in turn navigates them to a LiveShare web service.

As well as the aforementioned social hunts, it also supports iCloud’s Photo Stream and Google Images.

The app is not without its faults, and although it does aggregate from a decent number of sources, there are plenty still missing. Flickr is one of the most popular sources for great photographic content, while Twitter is also a much-used medium of sharing snaps.

Download Cooliris for iPad from the link below, and let us know what you think of it by dropping a comment on our Facebook or Google+ pages.