The opening keynote of Google I/O 2012 has come to an end, with lots of hardware and software based announcements in tow, Google has really managed to impress the crowd with their new offerings.

Apart from the shiny new Nexus 7 tablet, the Android 4.1 Jelly Bean update etc. Google has finally taken the beta moniker off the Chrome app for Android as well, and is now available for download for devices running Android 4.0 Ice Cream Sandwich and above.

Just like how it is mentioned above, Chrome for Android is only compatible with ICS-toting and above devices, hence users running older versions of Android are out of luck at this stage. But, using alternative browsers for older versions of Android is highly recommended since the stock offering is far more than mediocre in terms of performance. I’d go with Firefox at this point if I was running a version of Android prior to ICS, which also left it’s beta den just yesterday.

The final version of Chrome carries all the goodies we’ve come accustomed to in the past, except that they are now more refined, polished and bug free.

The UI is clean and polished, making sure that you focus on your web content instead of the massive obtrusive toolbars or windows. 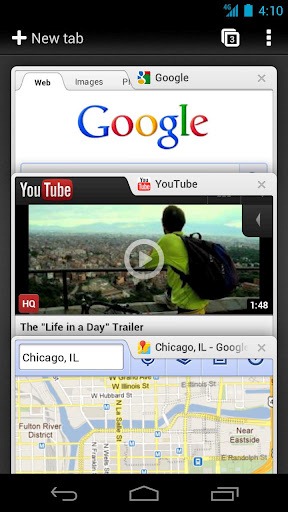 Chrome for Android is powered by the same engine which we’ve all experienced on our PC and Mac, therefore you can be rest assured that pages will load faster with full hardware acceleration support on higher-end devices, and to top if off; it has full Flash support and our personal favorite: tabbed browsing.

On a very personal note, the final version of Chrome doesn’t really bring anything new or exciting to the table as I’ve mentioned earlier. You can sign-in with your Google account on your Android device and Chrome will sync your bookmarks already stored on your PC or Mac making you feel right at home even if you’re on the go. 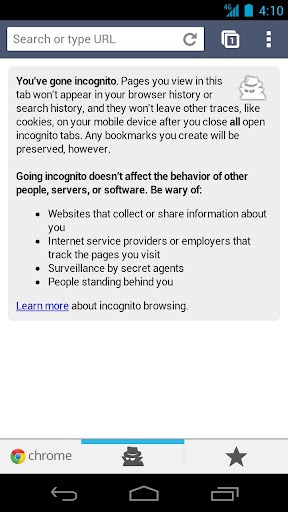 Probably the most intuitive feature which I’ve been using for quite a while on Chrome is the ability to send links to your device right from Chrome on your computer, but now, Chrome will also sync your open tabs between your device and PC/Mac, a feature which really makes our connected lives much easier to get around with.

Just like any other Google software for Android, Chrome is a free-of-charge app, and is available for download right now on Google Play Store from the link embedded below.