Microsoft owns the Xbox console lineup, right? And the company also owns the most widely-used desktop computing platform, Windows, as well. It would naturally make sense for the Redmond giant to have a dedicated app for promoting its Xbox console by simple math. Hence, the company has done just that, by releasing a news and countdown app for Xbox One for Windows 8.

One element that one does automatically question in this case is, why Windows 8. The answer is quite obvious, I guess. For one, Microsoft really wants to promote the new platform that Windows 8 has on offer, and so, pairing it up with new products from other lineups would obviously work to the company’s advantage. Then, Windows 8 also brings “apps” which are distinctly different from legacy applications that Windows had, and a companion app would work wonders in such a scenario. 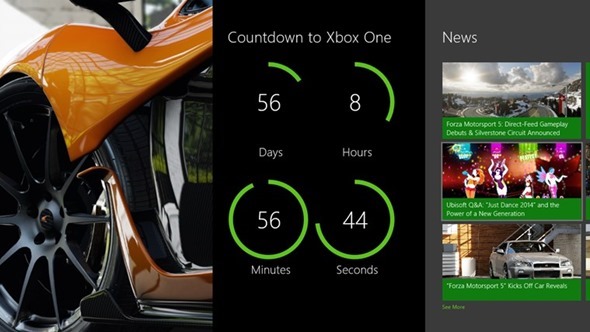 The app, labeled “Microsoft Store’s Xbox One Countdown” (long name, it sure is) is basically just a countdown timer that ticks the clock down to Nov. 22, the official launch date of Xbox One. Other than that, there is, of course, news features, videos and ability to locate companion apps near your location to get your hands on the new hardware. It features the traditional tile interface that has come to be associated with Windows 8 both for desktop and smartphones. A circular time counting days, hours, minutes and seconds runs to the left of the screen, while the right side features the news items arranged in tiles. You also get game trailers and videos from Microsoft official, by the way. 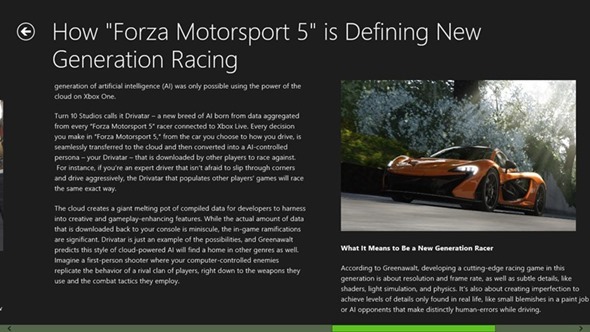 As far as supported platforms and architectures are concerned, the app will support all x86, x64 and ARM processors, covering the widest-possible ranges of devices that are capable of running Windows 8. One surprising thing is that considering how little content is being offered and how “plain” the app is, it’s a hefty download at approximately 53MB, but hey, there can always be something more inside. 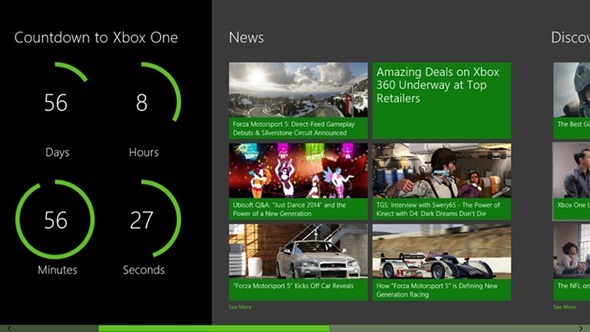 Microsoft’s Xbox One is one of the most anticipated consoles out there, and when it officially launches on November 22, we can expect people lining up to get their hands on the new console. Will you be one of those, or are you inclined towards Sony’s offering?

(Download: Xbox One Countdown for Windows on the Microsoft Store)