Check Out The First Interactive 3D Render Of Tesla Model 3

Elon Musk knew that the Tesla Model 3 was going to prove extremely popular with car enthusiasts. Even before it was officially unveiled, Musk and Tesla Motors would have had an inkling that an affordable, technology-laden, fully-electric vehicle would go down a storm in today’s market. With that said, even Musk and the Tesla board probably wouldn’t have guessed that more than 400,000 fans would stump up an initial $1,000 to secure one of the first Model 3’s off the production line. Mike Pan, a 3D artist and one of the early Model 3 adopters, simply couldn’t wait to get to grips with the vehicle, and as such has created an unofficial, interactive 3D render of the affordable Tesla Model 3.

One of the impressive things about this render is that it has been entirely created and modelled from just a handful of photographs that were introduced as part of the Tesla Model 3 reveal. 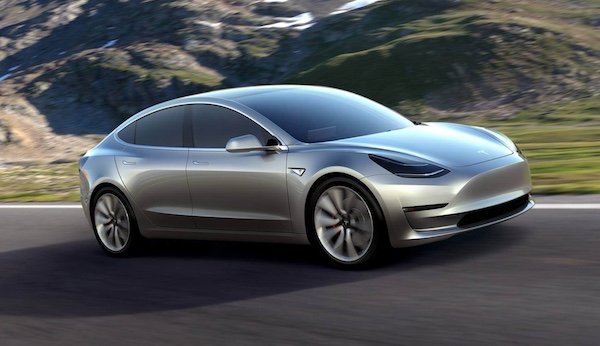 Artist Pan took the handful of official Tesla press images, along with the gorgeous launch marketing video that was cast into the public domain, and used them to painfully create this extremely accurate interactive render of the futuristic vehicle.

As you can imagine, it isn’t a perfect creation, as Pan discusses:

The model is recreated entirely from the few number of photos and launch video. This was done before the MotorTrend exclusive, so there are some inaccuracies. Took me about 2 weeks.

Inaccuracies asides, it’s a sterling effort from the 3D artist. The render lets viewers look at the gorgeous vehicle from all angles, and even allows additional features like zooming in and out at will to view very specific parts of the Tesla’s new car. If that isn’t enough for you, and you’re the type who wants to be blown away, then Mike Pan has also created a very unique VR mode that allows the exterior of the Model 3 to be explored in virtual reality. Unfortunately we can’t actually explore the interior of the vehicle and interact with any of the in-car components as this creation was based on exterior photographs of the Tesla Model 3.

Tesla may have taken an astronomical 400,000 pre-orders for the Model 3 – although in reality not every one of those paying a deposit will actually go through with the final purchase – but the company has also stated that the design and potential performance of the Model 3 has yet to be finalized. An official interactive model of the interior and exterior of the car would be seriously awesome. Come on Tesla, hook us up.

For now, enjoy the interactive 3D rendering embedded below.

For more info on the render, check out the details at mikepan.com/tesla.html.