Most smartphone users really turn to their device’s home screens as a way to get to their everyday tasks done. Many have attempted to change the way we get to these tasks over the years, and now there is another alternative home screen in town: Chameleon Launcher for Android phones, which has just hit the Play Store, after being massively popular on Android tablets.

Chameleon aims to redefine what users should expect to get out of their home screens, moving them from the traditional concept of an app launcher to an enhanced information hub. Chameleon is comprised of widgets developed especially for this dashboard. Several widgets, such as Facebook, weather, Twitter, YouTube and Instagram come built right in. The screen itself is scrollable, therefore you are able to load up several screens worth of widgets, although so many might prove to be more of a hassle than a benefit. In addition to the built-in proprietary widgets, quite surprisingly, Chameleon Launcher is also compatible with standard Android widgets, although they may not be displayed or behave quite as expected.

The user interface is extremely handy, with all of the widgets updating in real time, whether they’re the built-in widgets or standard Android widgets. Other than widgets, Chameleon is packed with all features that one would expect from a fully-featured home screen: there is an app drawer, which features all of the installed apps, and a dock where favorite apps can be dragged into. There is also support for folders, which allows apps to be grouped together. 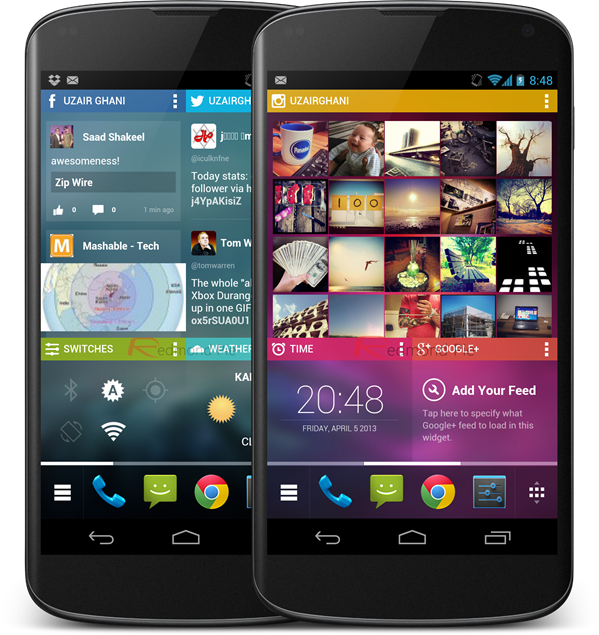 Many Android users enjoy customizing their home screen, or replacing the built-in one altogether. For those who enjoy customizing, this is yet another option for you. Since this is an initial releasefor phnoes, there are quite a few glitches still yet to be addressed, although fixes are promised over the next few weeks. 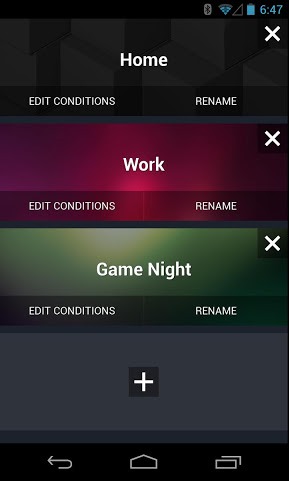 Chameleon Launcher is available from the Google Play Store, in two editions: a phone-only edition for $2.91 (£1.92 in the UK) and a phone and tablet version for $4 (£2.51 in the UK). The price tag is quite hefty, and the lack of a trial version might put many users off, however, if you have a few bucks lying around, this is a promising interface that is worth a try.