Last month, we reported on a piece of Android malware that turned Android devices into Bitcoin miners, and now, a security firm has highlighted a few more suspect apps over at the Google Play Store. Given the growing popularity of cryptocurrency, mobile devices were always going to be targeted in this way, but the frequency in which these attacks appear to be occurring will certainly be seen as cause for alarm.

The previous incident, as discovered by Trend Micro, was stealthy in that it only mined for Bitcoin and Litecoin when the device was on charge. Given that the process of mining cryptocurrency is an incredible drain on resources, the fact that it only kicked in when connected to a power outlet showed incredible cunningness, and with this new revelation from security firm Lookout, it’s clear that this is more than just a minor issue. 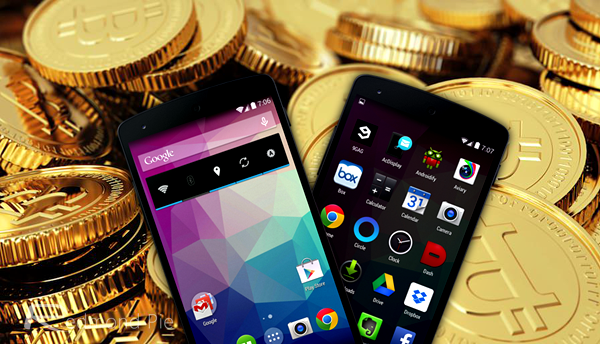 The apps highlighted last month were both innocent-looking and, after a substantial number of downloads, highly-rated. The same goes for the utilities outlined in this new report, with seemingly-innocuous wallpaper apps harboring malware beneath.

Identified as BadLepricon, it will infiltrate your Android device and consume your device’s resources, although like before, is configured in such a way so as to avert detection and mine without your knowledge.

Lookout has been systematically checking and reporting these suspect wallpaper apps, which, to its credit, Google appears to have acted on and eradicated quickly.

As ever, the best course of action one should take to avoid falling foul to these techniques is to un-check the “Unknown Sources” option in Settings > Security on your Android device. It goes without saying that you should stick only with the Google Play Store for all of your downloads as well, but even so, it pays to be alert to any app trying to gain access to features of your device that it ought not to be probing.

This kind of malware isn’t perhaps as immediately dangerous as some others out there, but in mining cryptocoins from your device for sustained lengths of time, will burn it out much quicker. Thus, proceed with caution, and always double-check any app you decide to download.