Apple’s purchase of Beats Electronics was not only the biggest acquisition that the Cupertino company had made in its history, but also represented the first time that Apple opened its wallet to acquire a popular, well-known brand. Beats’ “Pill” mascot, based on the Pill speaker device that you’ll no doubt have seen advertised on numerous occasions, has naturally just been introduced to Apple’s Siri voice assistant, and in a rather entertaining new advertisement, these two well-known products hold their first public conversation.

The $3 billion takeover of Beats was one that few saw coming, but given the wide range of products and services offered by the company co-founded by Dr. Dre, it made a great deal of sense. Given Apple’s shortcomings in the streaming music market so far, the deal saw the Cupertino company take the fledgling but promising Beats Music service under its wing, and with the multitude of hardware also in the offing, Apple and Beats fans will be keenly anticipating the next major moves. 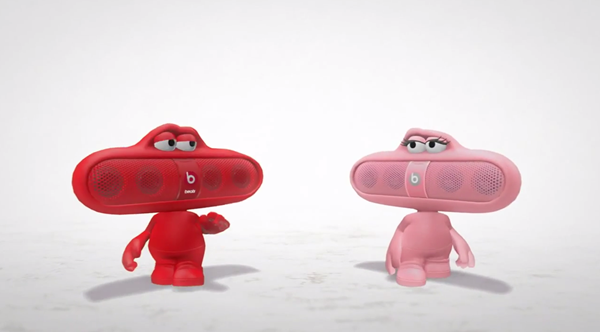 Only yesterday, the Beats family was welcomed onto Apple’s official site, and in a continuation of these celebrations, an Apple-Beats advertisement has just been rolled out.

The ad is the first of what’ll no doubt be many spots showcasing the products of the two firms, and although it’s only currently viewable on the Web, it’s unknown as to whether Apple intends to roll it out to the masses. But still, thanks to 9to5Mac, we can view the ad without breaking into different regions of the Web.

In the ad, the Pill speakers – named Mikey and Tina – talk of the new tie-in between Apple and Beats, noting, “it’s official, Apple and Beats have joined forces!” Before they can even begin to discuss plans for celebrations, though, Siri chimes in and suggests that Dr. Dre himself may be throwing a party, which is a rather humorous reference to Dre’s leaked clip of he and friends celebrating the deal as the fine print was being work out.

Even though Siri is often mocked in popular culture, though, the ad shows that Apple knows how to laugh at itself from time to time. In trying to establish the secret location of the party, Siri replies with “sorry, I didn’t get that” – something that many of us have been faced with when trying to get the voice assistant to do something useful.