AutoShare For Android Lets You Share Items With Email, FTP/SFTP, HTTP, Dropbox And More All In One Click

While there are plenty of others, there is one feature that Android has that iOS doesn’t: the ability of Android apps to interact with another. On iOS, each app has its own room of sorts from where they can interact with the operating system; on Android, there’s a large apartment in which every app lives and each app can communicate with the other.

This can be verified by anyone with an Android device: take a photo using the Camera app, open Gallery to share it with a photo-editing app, after editing share the photo with a Twitter app to show to your followers.

Now, while this is a powerful feature, it could use a little improvement. Developed by Michael Haar, AutoShare is one such app. Check it out after the jump! 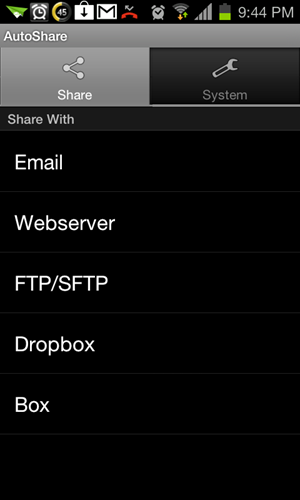 As you may have guessed from its name, AutoShare [Google Play] is a sharing app which automates the act of sharing.

On launching, AutoShare presents you with a menu from where you can set it up to share content via different routes. There are five included with the app: email, HTTP post, FTP/SFTP, Dropbox and Box.net. Setup is a simple, straightforward process, you choose which methods you want to share content with and give the app required information*. AutoShare also comes with an additional option to share photos as you take them (a la Dropbox’s Camera Upload feature). 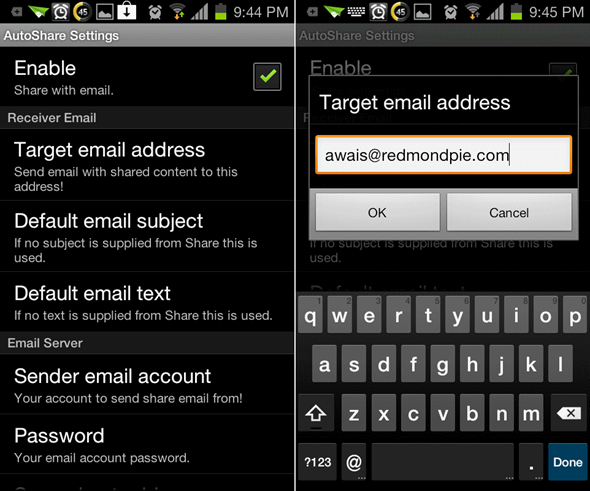 After it is setup and enabled, AutoShare will be included in your “Share” menu. Selecting AutoShare from there will automatically share the content – whether it is a link, a photo etc. – to whichever routes you set up.

AutoShare is highly recommended for mobile shareaholics out there. We just wish it had the ability to selectively share things instead of sending it out to all five routes. 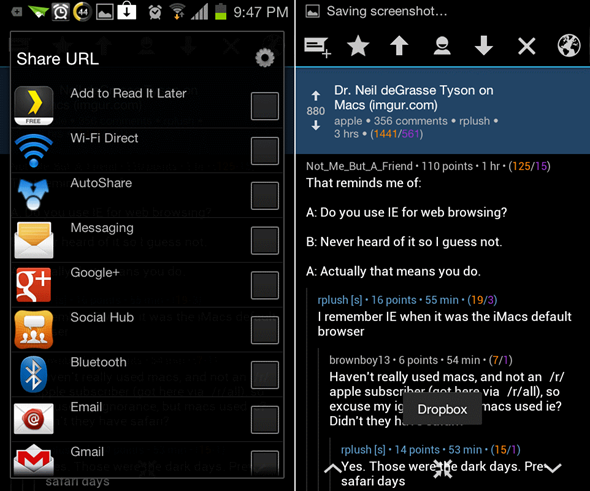 Sharing Reddit link with Dropbox and email at the same time.

*For email, Dropbox and Box.net, you are asked to give your complete credentials, including sensitive information such as your password.

Don’t forget to let us know what you think of AutoShare by leaving a comment over on our Facebook and Google+ page!